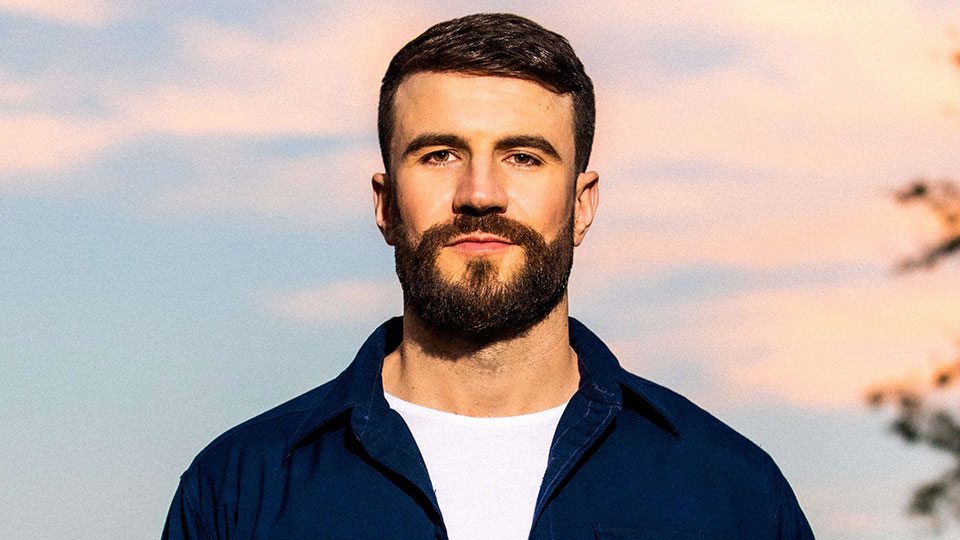 Sam Hunt seemingly came out of nowhere in 2014 to quickly become the biggest star Country music has seen in some time. His debut album Montevallo was certified 3x Platinum in the US hitting number one on the US Country Album Chart and number 2 on the all-important all-genre Billboard 200. It spawned four number one singles – Leave the Night On, Take You Time, House Party and Make You Miss Me – and paved the way for countless Country stars to crossover to the mainstream. The wait for a follow-up has been six years in the making. Sam released the huge number one Body Like a Back Road in 2017 and that song enabled him to scale up to headline status at festivals and stadiums.

With promises that a follow-up to Montevallo was coming for years, fans were starting to wonder if they’d ever see an album from Sam who dropped the buzz track Drinkin’ Too Much and the single Downtown’s Dead either side of Body Like a Back Road. Kinfolks arrived in 2019, and scored Sam another number one, and then legal woes hit when the star was arrested for a DUI. That doesn’t seem to have derailed the album rollout, nor does the COVID-19 pandemic, as Southside finally arrives today – five years and six months after Montevallo.

I’ll say from the outset I’m a big Sam Hunt fan but I was worried when the track listing was unveiled for Southside. Half of the album has been teased out since 2017 and that news made me feel a little bit disappointed. I’m of the generation that likes to be surprised by how an album sounds and I’m not a fan of releasing most of the record before the release. That having being said, I needn’t have worried as Southside is every bit as addictive and ambitious as Montevallo was, and then some.

Things were looking a bit dodgy for Sam after Downtown’s Dead became his first flop. The song isn’t a million miles from what we’ve heard from him before but when it stalled outside of the Top 10, his first single to do so since breaking through with Leave the Night On, I wondered if Sam’s fans had grown too impatient for new music. That fear was alleviated with Kinfolks, which is a natural bridge from Montevallo to Southside. While it’s not breaking new ground, it’s a reminder of why we fell in love with Sam in the first place and from a marketing perspective, it’s a canny move.

It’s fair to say that Kinfolks is the least interesting track among the 12 here. Sam continues to blend his Country and R&B influences but he’ll catch you completely off guard with opening track 2016. There’s a little pedal steel on the track, which is driven by an acoustic riff as Sam calls out his own poor behaviour. It’s the kind of stark confessional that struck a chord with fans during Montevallo but it’s the most heart-on-sleeve we’ve heard from him yet. Current single Hard to Forget, which makes great use of a sample of Webb Pierce’s There Stands the Glass, comes next and the beats kick in. It’s a clever track and a huge ear worm so don’t be surprised when it hits number one.

All of the previously released songs are here – Body Like a Back Road, Downtown’s Dead, Sinning With You and Drinkin’ Too Much. Of those Sinning With You is the most worthy of comment. Similar in style to 2016 but even more stripped-back, the song is a romantic song that juxtaposes religion with a relationship between two people from very different worlds. It’s not what you expect from Sam but it’s a sound I’m keen to hear much more of.

Turning attention to the new tracks, Sam has put together a selection of absolute monster hits. Young Once deceptively seems like it’s going to be an acoustic slow jam until it explodes on the chorus, and transforms into a radio anthem complete with a passionate vocal from Sam. That Ain’t Beautiful harks back to the sing-speak of Take Your Time as Sam takes a lover to task for her behaviour, telling her that she’s better than she’s allowing herself to be, while Let It Down blends a Country rhythm with harder beats for one of the album’s most surprising moments.

Nothing Last Forever features heavy beats and a violin solo as Sam begs a lover to react rather than saying and doing nothing. One of the best of the new tracks is Breaking Up Was Easy in the 90’s, which reverts back to the speak-singing over a steady beat but opens up into a memorable chorus as Sam sings about how the ability to easily see what someone’s doing makes it much harder to get over them in the modern day.

Southside is a big record. It’ll continue to stoke the ‘is Sam Hunt Country enough?’ debate but quite frankly I have no time to engage in that. Listen to his lyrics, listen to that twang in his vocal and appreciate the incredible talent that Sam has. Southside is packed with big songs and it’s going to catapult Sam Hunt even further into the stratosphere. You can get hung up on trying to pigeon hole him or you can celebrate his ability to break the mould and do something different. He’s a true innovator and that’s abundantly clear on Southside.