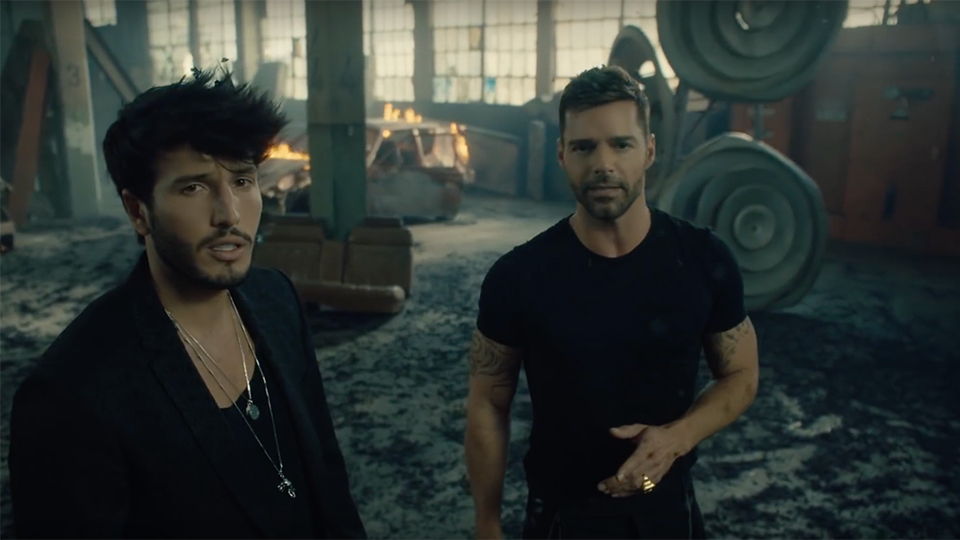 The track originally appeared as a solo ballad on Sebastián’s Latin Grammy-nominated album Fantasía. Falta Amor, which means There’s No Love in English, is a tearjerker focusing on heartbreak.

The video is directed by Carlos Perez and sees both singers fronting a band in a factory setting as they trade verses and harmonise together.

“Singing with Ricky Martin is just insane,” Sebastián said. “I would have never thought it possible in [this] lifetime. It’s huge not only as a Latino, but for any person that loves music.”

Sebastián recently announced that he will be opening for Ricky Martin and Enrique Iglesias’ upcoming joint tour, which is due to kicks off in Phoenix, Arizona on 5th September and run through to 30th October in Atlanta, Georgia.

There’s no word if the tour will move outside of the US but let’s keep our fingers crossed.

In this article:Ricky Martin, Sebastian Yatra