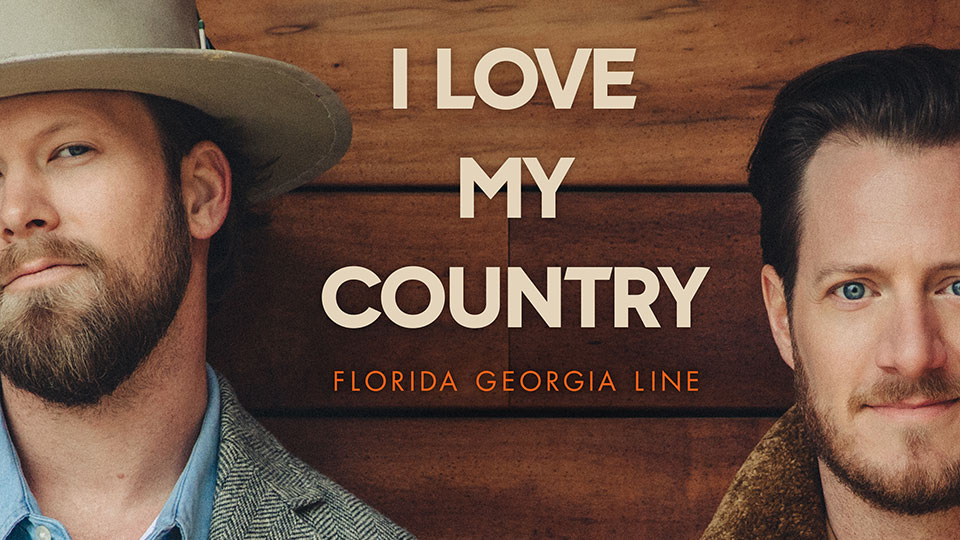 The track is the lead single from the duo’s upcoming fifth album, which is due for release on BMLG Records later this year. I Love My Country combines rolling banjo, 808 beats and a Southern Rock vibe.

Kelley agreed, further sharing with Esquire, “We’re just hyper creatives. And we’re always writing with great, young songwriters in town. Worlds are colliding, from L.A. to New York to Nashville, even people from Europe hopping into co-writes. Especially with streaming, artists have an option to be a real global presence. So for us, it’s about how far can we push ourselves?”

Florida Georgia Line’s new album is the follow-up to their number 1 release Can’t Say I Ain’t Country, which housed the hits Simple, Talk You Out Of It and Blessings.