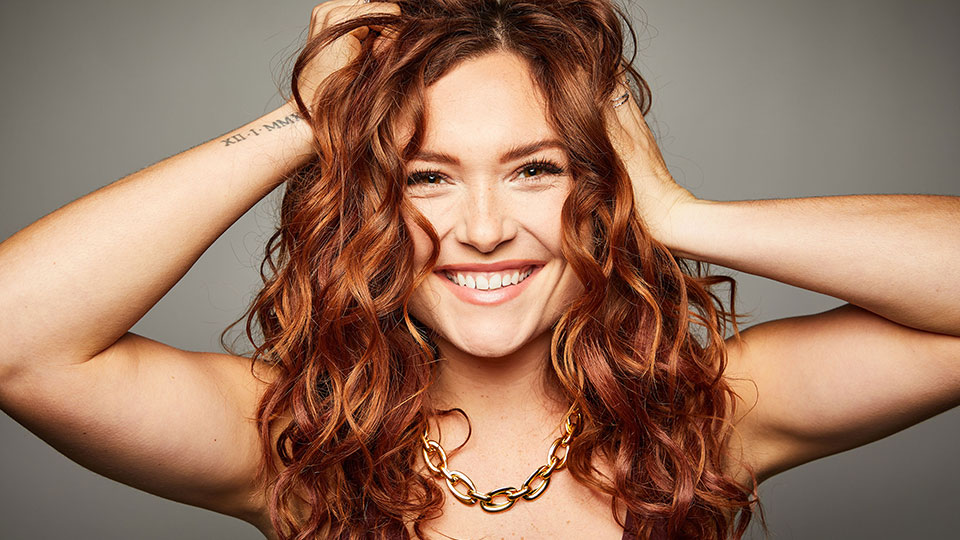 Kylie Morgan has been working her way up the music industry since she was a teenager.

With the release of her new single Break Things and after recently signing a major label deal, the future is looking very bright for the talented singer-songwriter. Kylie was in the UK recently for C2C but had to return home after the event was postponed due to the COVID-19 pandemic.

I caught up with Kylie earlier this week to talk about her brief UK trip, discuss her journey so far and find out which artist she’s learned the most from.

I’m gutted that I didn’t get to meet you in the UK, but I did get to see you perform at the Snakefarm Acoustic Jam the day before C2C was supposed to be kicking off….

That’s a plus as it means people will definitely remember you!

How was your brief time in the UK?

It was actually so fun. I honestly would do it all over again. It was hell getting there and back with the very long flights in a very short amount of time but we lived it up for the 11 hours that we were there (laughs). We saw a lot of the sights and played the show. I had a pretty great day. It was one of the best days honestly that I’ve had in a really long time. It was awesome.

I’m glad I got to hear that voice of yours live. It’s such a magnificent, powerful and unique voice. When was the moment you knew you had voice and you wanted to pursue music?

Oddly enough, when I was three years old, I started singing and dancing to all the Shirley Temple videos (laughs). I would go over to my grandma’s house and she had every one of the VHS’. I was forced by my grandma to listen to all of her songs. I honestly didn’t find my voice until I started playing guitar. I remember my mom telling my papaw ‘she loves to sing but singing doesn’t love her’. I was around 13 years old, after I’d been playing guitar for about a year, and my mom was a singer. She has a beautiful deep voiceI. think I finally figured it out once I hit puberty.

You’ve fit so much into such a short space of time already. You signed to SMACKSONGS when you were 19 and you’ve been working with Shane McAnally and Josh Osborne. What’s that whole experience been like for you?

Man, it’s surely been so important to me from the beginning to find my musical family. My family and I are so close. Me growing up as a musician and it was never a hobby, it was my life, so trying to find someone to trust that with and completely be on this journey with since the beginning was really scary for me. I moved to Nashville really young and I heard so many horror stories from other artists. When I met Shane, I just knew that it was a godsend and I was like, ‘you know what, this is my person and he completely adopted me musically’. Once we started writing together and he produced the first couple of songs, I knew that this is where I was supposed to be, which led to the record deal I just signed with Universal EMI. I felt the same way with everyone on the team and I’ve felt so lucky since the beginning that I’ve been able to have such a great foundation of people that I’ve been able to have around me that I can trust and that love me and the music. It’s just been a dream come true.

You don’t get a much bigger supporter than Shane McAnally in Nashville do you, let’s be honest?

He is absolutely the best human being as well. He’s so talented but also such a sweet and kind of person.

You were selected as one of the three artists for the CMA Kixstart, which is what brought you over here for C2C. What has that involved for you?

That has been an absolute dream come true. I’ve actually been a CMA member since I was 15. I’ve been touring professionally since I was 14. I decided to become a CMA member at 15 when I started going back and forth to Nashville to co-write songs. I’ve always been watching the CMA Awards and read the CMA Close-Up Magazine every month. I actually skipped the whole high school experience of my sophomore through senior year because I was touring so much. I didn’t get to go to prom so every year my mom would take me dress shopping, and we would go to the CMA Awards together and that was kind of like my prom (laughs). When I was selected to be a part of the CMA Kixstart, I was in such awe that they chose me to represent them for the year. For them to help me and believe in me, it was just amazing. I feel so lucky to be a part of that for sure.

Your new single is Break Things. Where did the inspiration for that song come from?

I was shopping and I saw a wine glass with the words ‘break things’ on it and I was like, ‘Oh my gosh, that is so me, I need to buy that’ then I was like, ‘no, no, no, I need to write that’. We went into the room with James McNair, Nicolette Hayford and Aaron Eshuis, who are just three amazing writers, and we actually wrote and recorded the song in an hour and a half. It kind of just wrote itself and it knew what we needed to say and how we wanted to say it and it worked out so easily. When it came to picking the next single, I was like, ‘of course we would pick this one as it’s so me and I feel like a lot of people can relate to it’ especially after hearing it live. It’s been an absolute blast to finally see reactions and posts from everyone now that the song is out.

You’re in the studio with Shane McAnally and Ben Johnson working on your debut album. What can we expect from it?

The live full band show is more of the actual album, as far as production goes. I’m just so excited for people to see the full band experience when it comes to the album. When I go into writing rooms, I think about my live show and I want to take people on a journey. I want people to hear these stories and these things that I’ve gone through and things that make me happy, make me sad, the breakups that I’ve gone through, the songs that make me want to get up every day, and I hope to take people through that journey with me through the album and through the live show. It’s just a very honest, very uplifting and fun and raw album that I’m really excited for people to hear the stories and hear the songs. It’s technically been in the works for over 12 years. I’ve never released an album before so I’m finally getting to put all these songs that I’ve written after so many years on this record. I’m so excited. I just literally can’t even describe the feeling I’m going to have when it’s finally done and released.

I imagine it must have been difficult to wade through all the material you have to pick the songs for this record?

I only really can choose 11 songs for this record. It’s literally like choosing between my children. I have so many songs that I’m so close to and that I feel like are a part of me and my story. That’s what’s great though, for the next record we have a whole other selection of songs. I don’t feel like we’re in lack of songs. I just have a lot of music that I’m ready to get out there and I’m so excited for people to finally hear it.

I was looking at the list of the people you’ve toured with, which is incredible and impressive. Who would you say has been your favourite person to tour with and that that you’ve learned the most from?

Oh, that’s a great question. I think (in terms of) human-to-human connection, Kip Moore has been so sweet to me and adopted me at a really early stage in my career. He took me on tour and let me ride on the crew bus so I didn’t have to figure out transportation. He just completely set it out for me in the most kindest way. I think he remembers what it’s like to be an opening act and all the struggles that come along with that. He has been so great to me and just has completely befriended me and been so supportive.

Well you know we love him over here so next time he’s over, which I’m sure will be as soon as he can get back, he has to bring you with him because that would be an amazing show…

I’m going to tell him that (laughs).

I was reading that you have got an official Yoga Alliance Certification. Whilst we’re all in lockdown and quarantined across the world are we going to be getting yoga classes from you so we can all stay fit?

Yes, I actually have one today! (laughs). I started this series called Namaste At Home. I still wanted that human connection and that community so I figured why not do a live yoga classes on Facebook and Instagram and bring everyone together through movement. It’s just a fun way to get everyone together, get everyone moving and get everyone in a different headspace throughout all this.

Kylie Morgan’s new single Break Things is out now. Take a listen to it below: