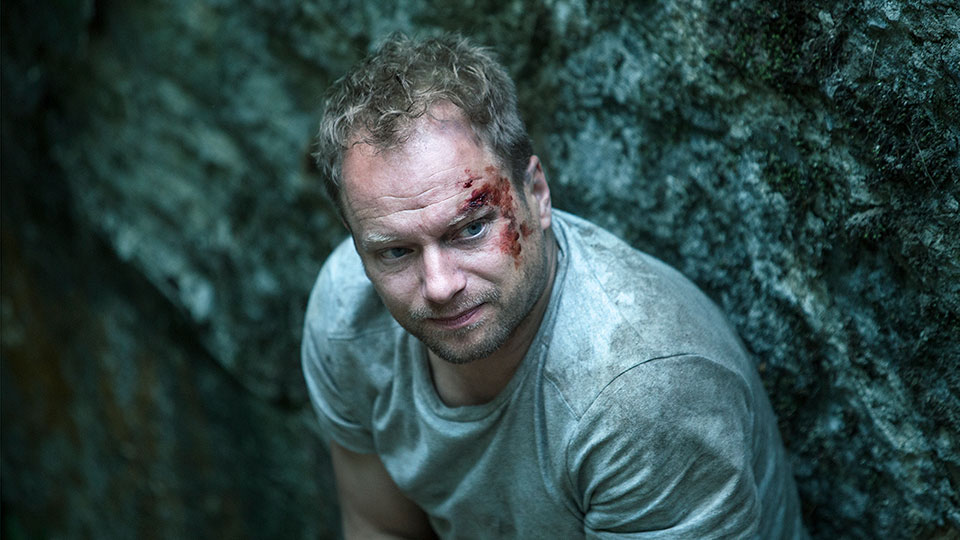 Season 1 of The Teacher (Belfer in Polish) largely passed me by, but on the strength of the opening episode of Season 2, I think I need to rectify that oversight as this looks like an intriguing series.

If you want to avoid spoilers for The Teacher, stop reading now.

The teacher in question is Pawal Zawadzki (played by Maciej Stuhr), who in season 1 arrives at a new school and immediately finds himself investigating the murder of a female student found in the woods. Pawal has a back story – of course – that involves something sinister in his own past; and goes some way towards explaining how he ended up where he was.

By the second season, Pawal has moved on to a different school in an upmarket district of Wroclaw, encouraged to move there by the police authorities who believe he has a talent for seeking out answers (and who have a secret hold over him as a result of past indiscretions). At this private school, the rich, spoilt students run rings around the existing teaching staff; and their wealthy, Maserati-driving parents over-indulge their kids, often turning a blind-eye to their irresponsible behaviours. Pawal has been brought in because three of the students have gone missing, but as soon as he turns up, two of them return – and the third is not far behind. So, what’s keeping him at the school? That’s Pawal’s question for his boss, too – but it seems the excuses given by the students for disappearing fail to ring true, and Pawal is charged with finding out where they really went and what they really did.

For much of the first episode, you’re left wondering what the big deal is – three rich kids fail to return on time from their summer break – who cares? But it soon becomes apparent that there is more to their disappearances than meets the eye. They’re clearly lying about where they’ve been. But why? And when one of them commits an act of extreme violence at the end of the opening episode, you start to realise that there’s a lot more at stake than simply some posh kids playing hooky.

Maciej Stuhr is excellent in the lead role. He’s well-known in Poland not only as an actor, but also a director, writer and producer. And the accompanying cast – mostly made up of young actors playing the students – is well chosen. There’s nothing extraordinary about the show – everything about it is well done, if unexceptional. But in many ways that’s part of its charm. It’s an enjoyable, straight-forward mystery, well-acted, well-written and highly engaging. The show won Best Fictional Series at the Polish Film Awards, and broke records in terms of viewing figures when first aired on NC+/Canal+ in Poland – so it must be doing something right.

Well worth checking out.

In this article:The Teacher, Walter Presents