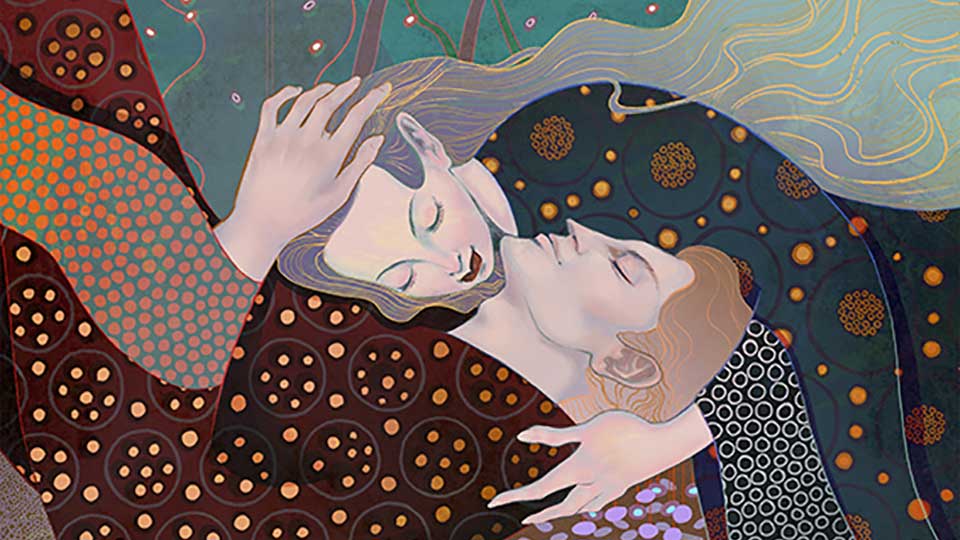 Lee’s winning submission was selected from over 470 entries received from 51 countries. Mikki Lee is a Korean American illustrator from South Pasadena, California and currently a student at the Art Center College of Design. The shortlisted artists, who each receive £500, are Leonie Woods (UK), Jurgita Vasiliauskaite (UK, student), Albert Victoria Fernández (Spain), Greg McIndoe (UK, student) and Georgina Smart (UK, student). The winner, and three of the shortlist, are students.

Folio Society Art Director, Sheri Gee had this to say: “This year’s judging was a really special event – being treated to a reading of each poem before we began and one by the poet, Imtiaz Dharker, herself. Narrowing down the longlist wasn’t an easy task, weighing up skill over passion and putting such different approaches against each other. In final deliberations, we had one clear winner – who managed to convey real passion in their entry. I think we’re all looking forward to seeing how they’ll complete the commission.”

Colin McKenzie, Director of House of illustration, has added: “The process of judging the Book Illustration Competition is always an enjoyable one. Illustrating something as complicated as love clearly presented a whole new set of challenges to our illustrators and resulted in a long list with perhaps a greater variety of styles than in previous years. But we did all agree on our final choices!”

Colin McKenzie also revealed the recipient of the People’s Choice Award, voted for by members of the public online. The winner – Amita Sevellaraja (UK, Student) – will receive books worth £100 from The Folio Society and membership to House of Illustration.

Imtiaz Dharker, who was also on the judging panel, said: ‘It is particularly challenging to illustrate poetry, because poems don’t want to be pinned down or made to say just one thing. Entrants approached the subject with an impressive variety of styles and distinctive energy, all of them demonstrating great ambition and freshness. The work was textured, nuanced, some of it electric. I cannot wait to see the final winning illustrations as part of a beautifully bound Folio book.’

Love Poems, selected and introduced by Imtiaz Dharker and illustrated by Mikki Lee, will be available from The Folio Society in January 2021.

In this article:House of Illustration, Love Poems, Mikki Lee, The Folio Society