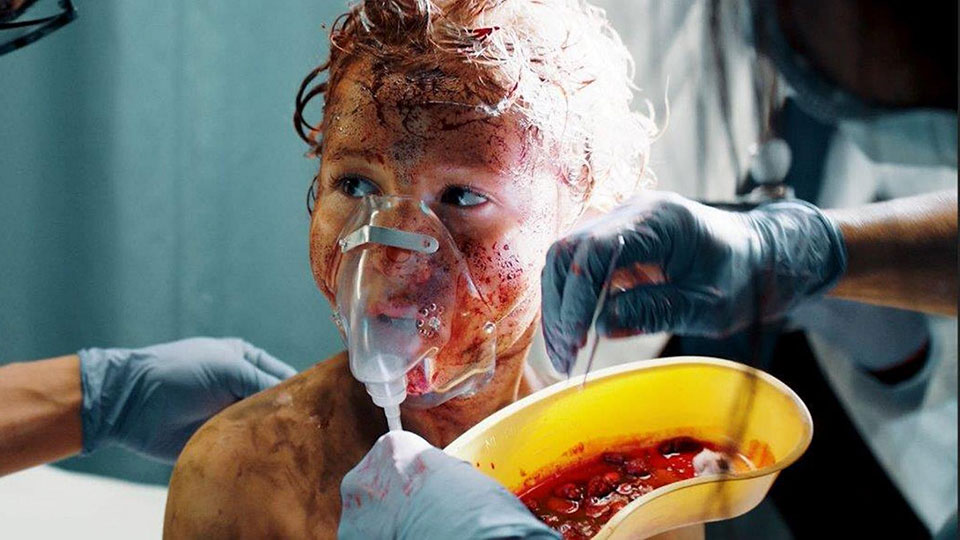 Chip Gutchell (Tyler Cornack) is bored with his life and miserable. During a prostate examination, Chip discovers that he likes the feeling of having things up his bum and he develops an addiction to putting things up there. As his obsession worsens, Chip starts going to AA meetings where he meets newly sober Detective Russell Fox (Tyler Rice) and becomes his sponsor. When a child goes missing, Russell suspects that Chip may have something to do with it but proving it isn’t going to be easy.

Butt Boy is certainly one of the oddest films I’ve seen in a long time. Sharing some similarities to the excellent Swallow, Butt Boy really does stretch the boundaries of believability. The film starts off interesting enough but once Chip manages to put a cat up his bum, you start to wonder how on earth he could possibly have achieved that and where the hell the film is going. Essentially a film about addiction and obsessive-compulsive behaviour, Butt Boy gets more and more outlandish as it goes along.

The tipping point is when a young boy goes missing and Russell finds a potential clue around Chip’s work station. That leads him head first into battling his own addiction as he desperately tries to prove that Chip is behind the child’s disappearance. From that point on, the film goes batshit bonkers and it’s highly likely that no all viewers will stay along for the ride. There’s some interesting imagery and visuals to keep you hooked but if you don’t buy the central conceit, then you’ll have a problem with the film very quickly.

What I struggled with was that Butt Boy has a very odd tone. It plays a ridiculous subject straight and that didn’t always work for me. Given the absurdity and impossibility of the film’s premise, I would have welcomed a little more humour. I expected the story to embrace the stupidity but it never really does, instead delivering a film that is way more serious than something like this should be.

Tyler Cornack and Tyler Rice fully commit to their roles, Given that Cornack co-wrote and directed the film, he clearly feels passionate about his vision. He plays Chip with the downtrodden familiarity of a middle-aged man who feels his lot simply isn’t enough to make him excited any more. Tyler Rice throws himself into the addict cop stereotype that we see so often in films and his performance is strong.

Butt Boy will definitely not be to everyone’s taste. It’s one of the most random films that I’ve seen in a long time and I didn’t think it fully reached its potential. There are some interesting ideas here but if you start to think about the plot too much, you realise it doesn’t actually make any sense. If you’re happy to go along for the ride, you’ll probably have a blast but if you start to question anything, you’re going to be left a bit disappointed.