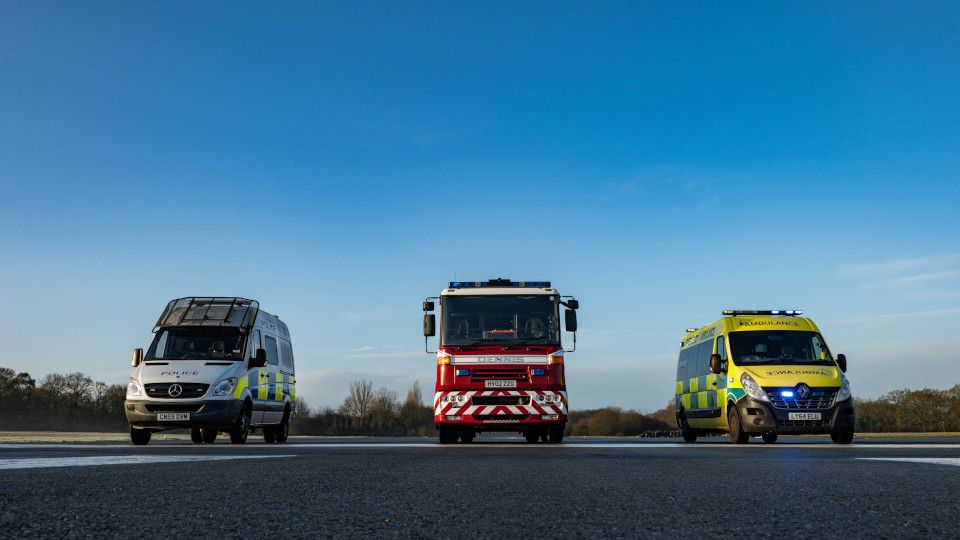 In this, the final episode of Top Gear series 28 we see Paddy put the new BMW M8 through its paces, Chris pays homage to the legendary Collin McRae, comedian Tom Allen does a lap and the team attempt to find out which of the emergency services are the fastest.

The M8 is the new car from BMW. It is being described as a supercar and its performance certainly seems to cement this. It goes from 0-60mph in just over 3 seconds, handles well in corners and has looks to die for. During his review Paddy does come across a few issues he has with the car.

View the M8 lap in the video below:

The main issue is the fact that for the same price as the M8 (starting at £120,000) you could get yourself a much better supercar. He suggests that maybe the M8 should be a grand tourer instead but even within that bracket he feels there are better cars to be had. His final piece of consumer advice is if you were thinking of getting an M8, don’t bother and buy yourself a BMW M5 instead.

Next up we have quite an emotional piece from Chris Harris as he charts the career of rally legend Colin McRae. The film includes interviews with colleagues, friends and family of McRae as it covers his rise from relatively unknown to rally world champion. The film ends with Haris having the honour of driving McRae’s very own Subaru Impreza around a rally course. It’s a heartbreaking piece and Haris appears genuinely humbled that he was allowed to drive the car.

Comedian Tom Allen is the celebrity guest this week. He puts in a modest time in his lap around the track but in his defence, it was wet out there. His interview feels a bit flat if I’m honest and doesn’t have the spark of other interviews. If I’m honest I think the show should do away with celebrity guests as I don’t feel that it adds anything to the show.

The final film is a battle between the Ambulance, Police and Fire services to find out who is the fastest. The tests include speed, agility and trying to chase down the Stig. In rounds, one and two the Ambulance service comes out on top putting in the fastest lap time and also managing to overtake the Stig. The fire service’s Stig chase down is especially fun to watch as the Stig’s car is literally on fire and the race has to be called off as his car begins to melt.

The final test sees the teams taking part in a chain car figure of eight race with them trying to put in as many laps as possible. This ends up in carnage and resembles a stock car race as each team attempts to put the others out of the running. This is a fun film to watch in all and it’s great to see the emergency services getting some recognition. The Ambulance crew come out firmly on top.

There will be more Top Gear later in the year when series 29 takes to the airwaves.