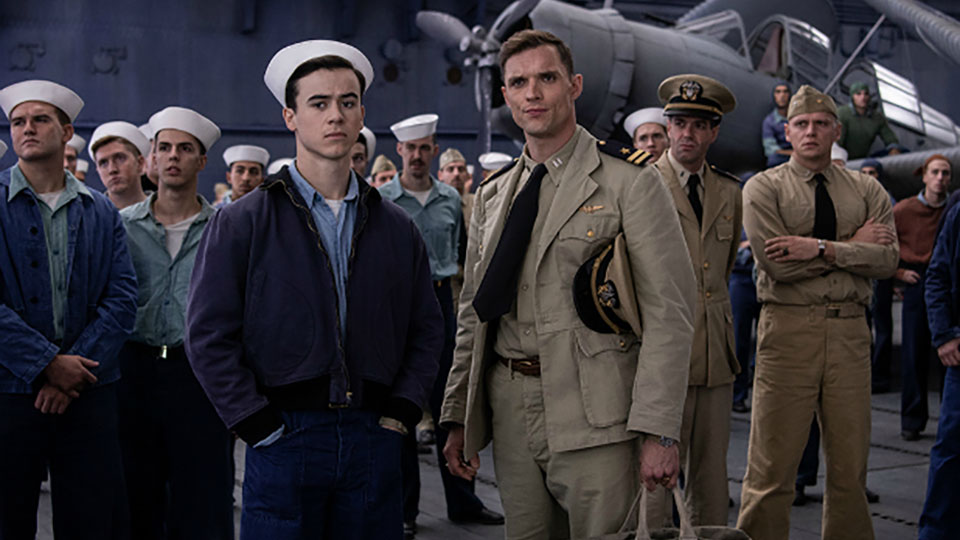 We’ve got a clip from one of the extra features that appears on the Blu-ray release. Joe Rochefort: Breaking the Japanese Code is a featurette that looks at the American naval officer and cryptanalyst, who is played by Brennan Brown in the film.

Midway centres on the Battle of Midway, a clash between the American fleet and the Imperial Japanese Navy, which marked a pivotal turning point in the Pacific Theatre during WWII. The film, based on the real-life events of this heroic feat, tells the story of the leaders and sailors who used their instincts, fortitude and bravery to overcome the odds.

The film features a standout cast including Ed Skrein (Deadpool, If Beale Street Could Talk), Patrick Wilson (Aquaman, Annabelle Comes Home), Woody Harrelson (Natural Born Killers, Zombieland), Luke Evans (Beauty and the Beast, Dracula Untold), Mandy Moore (47 Meters Down, This Is Us), Aaron Eckhart (The Dark Knight, London Has Fallen), Nick Jonas (Jumanji: Welcome to the Jungle, Jumanji: The Next Level) and Dennis Quaid (The Day After Tomorrow, The Intruder).

Midway is available to buy on digital download now and will be released on 4K Ultra HD, Blu-Ray and DVD on 9th March. Joe Rochefort: Breaking the Japanese Code can be found on the Blu-ray special features.

Advertisement. Scroll to continue reading.
In this article:Midway