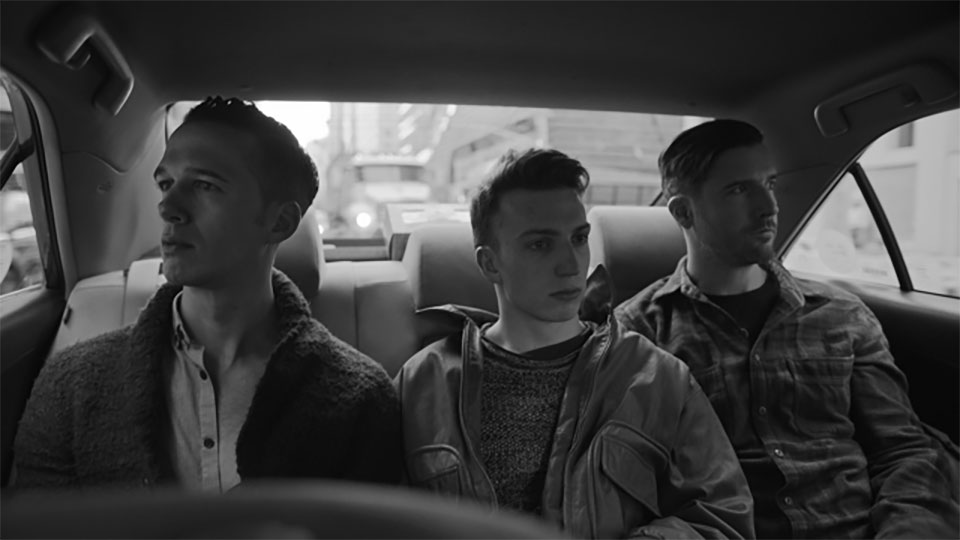 Frankie (Jack Balls) is involved in a throuple with couple Patrick (Ryan Lonergan) and Sutton (Garrett McKechnie). Both men are older than him, and more established in their lives and careers, with money to spare and plenty of lust to go around. Stressed out from his job, Frankie falls into a malaise and as his conditions worsens, his partners take him across the country on a road trip to see doctors in the hope of making him better.

Kill the Monsters, which is written and directed by star Ryan Lonergan, is an allegorical tale that sees its three central characters stories mirror key points in the United States’ history. The basic idea is that Frankie is made ill by the behaviour of Patrick and Sutton and that draws parallels with a country that believes itself to be battling the rich to survive. It’s a comment on the differences between conservatism and liberalism with Patrick and Sutton representing opposite sides and Frankie in turn standing for the American public.

Honestly, I didn’t feel that the allegory was strong enough to be completely necessary. I see what Lonergan was trying to do here but it weighs the film down unnecessarily with the plot trying to adhere to crucial moments in history. Without the allegory, this could have just been an interesting exploration of a modern gay relationship and that impact that has on each of the three people in it.

Lonergan has a keen eye as a director, which I would say is stronger than his writing in this film. Presented entirely in black-and-white, the film feels classy and it looks much more expensive than it likely was. The way he uses the camera to take you into the middle of the relationship between the central characters works well and he has an eye for an artsy shot, even in the middle of a threesome (of which, of course, there are many). He also gets strong performances from his actors with Garrett McKechnie standing out from the pack as the headonistic and irresponsible Sutton.

What I do have to praise Kill the Monsters for is not falling into the typical storyline you’ll expect. The first thing that comes to mind when it’s revealed that Frankie is unwell is that you’re about to watch an AIDs story unfold. This film doesn’t go there and it’s all the better for it. Frankie’s illness may never be fully explained but if you revert back to the allegory, he’s simply feeling the malaise that the American people do about their political system.

Kill the Monsters is ambitious. If you take it at face value, it’s actually a fun film with plenty of humour and some nice moments of drama. You could easily get completely caught up in the allegory and that for me, was the least interesting part of the film. Lonergan shows a lot of potential here as a film-maker and it gives him solid foundations to grow with his future endeavours.