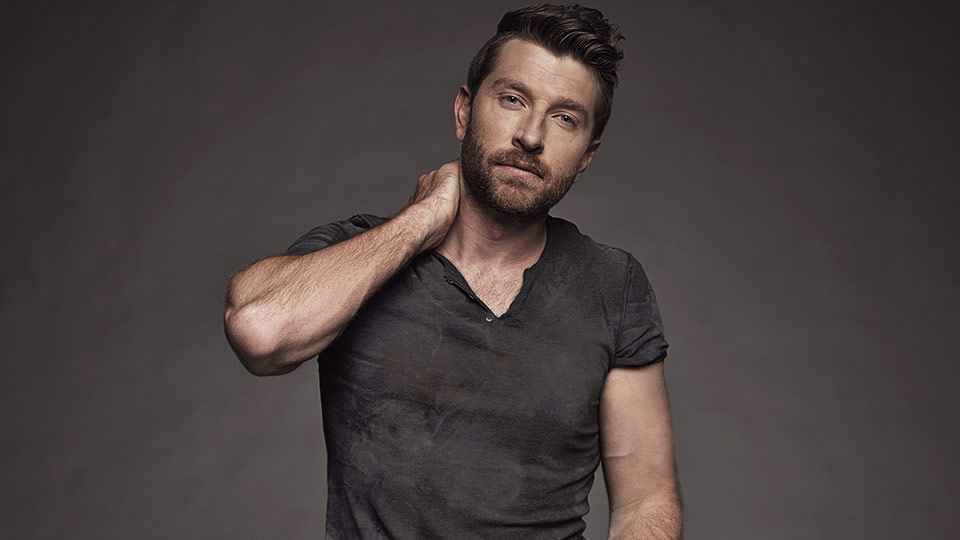 Brett Eldredge was one of the breakout hits at C2C: Country to Country in 2019. Making his first appearance at the festival, he wowed on the Main Stage making his long-awaited return to the UK following his one-off show at London’s Koko in 2016. For most of the past year, since his C2C appearance, Brett has been off the grid disconnecting from social media and mobile phones so he can concentrate and writing and recording his upcoming fifth studio album. The past couple of weeks have seen him return to the UK for a headline tour and last night he performed the final date at London’s O2 Shepherd’s Bush Empire.

For his third visit to the UK, Brett decided to open his set with something a little different – new song Good Day. It fit perfectly, taking the audience a few minutes to realise it wasn’t a song they already knew. That’s a sign that the material is strong and it’s a bold artist that opens his set with a song that no one has heard before. After that Brett jumped into Somethin’ I’m Good At, the raucous lead single from his self-titled third album. It allowed him to unleash that energy that he has, which was abundantly clear all night, and the big grin on his face suggested he was relishing being back in the English capital.

For the majority of his 95-minute set, Brett concentrated on the hits. With four albums under his belt, he had plenty of material to choose from. The swoonsome Don’t Ya came early on in the set and the addictive Love Someone had the crowd singing at the top of their voices. Crowd My Mind, a stunning ballad, was the second of three new songs previewed over the course of the night and it was a real show-stopper. Brett has such a powerful voice and those riffs he moves in and out of are to die for. It’s what sets him apart in Country music and the fact that they seem to come so effortlessly is incredibly impressive.

A rousing cover of Queen’s Crazy Little Thing Called Love arrived before Brett stripped things down for two acoustic songs – Raymond and The Long Way. Raymond, a song about Brett’s grandmother battling dementia, is truly heart-breaking when played acoustic and I’d be lying if I said I wasn’t struggling to hold back the tears. The Long Way picked up the mood slightly and it made me yearn for a solo acoustic record from Brett in the future. One of the night’s surprises came next when Brett covered Billie Eilish’s When The Party’s Over. On paper it shouldn’t work but in reality it was a real highlight, and dare I say Brett’s version was preferable to the original?

A storming rendition of Lose My Mind led into the night’s final new song, Magnolia, before a mash-up of The Reason and The Temptations’ My Girl had the audience singing once again. The triple punch of Mean to Me, Fire and Wanna Be That Song continued the sing-a-long before Brett left the stage. He returned minutes later for an encore that consisted of a gorgeous piano-led rendition of One Mississippi and an energetic performance of Beat of the Music.

Once the final bars of the song arrived, Brett bid adieu to the crowd and emphasised how special the night had been to him. With three visits under his belt, I expect Brett will play even bigger venues on his next tour. As a performer he’s energetic and incredibly giving, and as an artist he’s endearing and compelling. His infectious energy is at the centre of everything he does and I left the show excited about his next album and feeling lucky to watch his incredible rise to superstardom.