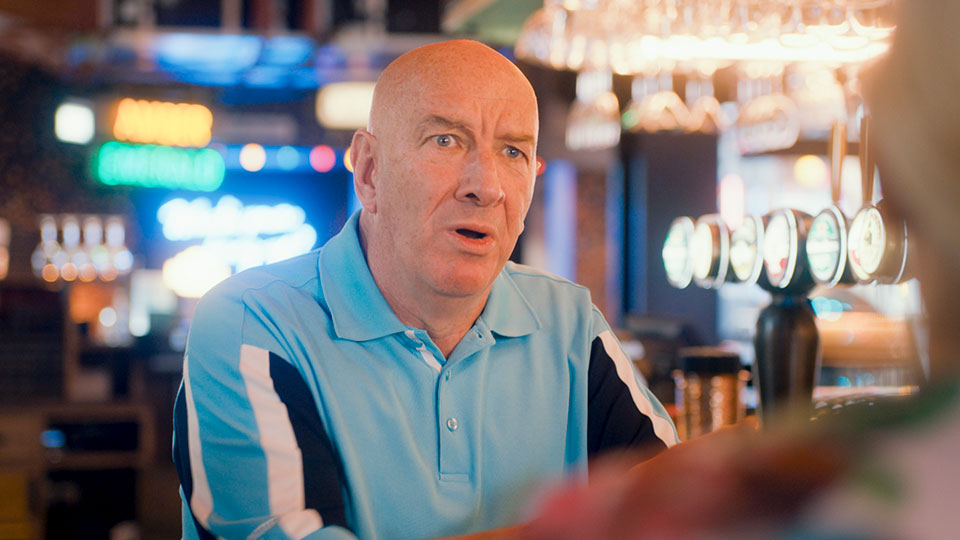 King Gary is nearing the end of its first series but it’s still packing in the laughs every episode.

If you want to avoid spoilers for King Gary, stop reading now.

In episode 4, The Big Schmooze, Gary (Tom Davis) tried to win over his neighbours so he could get his extension built. He invited them all round for a civilised dinner party, hoping to charm them all.

Denise (Camille Coduri) tried to take over the evening while Big Gary (Simon Day) wanted to watch the boxing on Gary’s new curve television with his mates.

Terri (Laura Checkley) used the party as an opportunity to showcase her new mobile cocktail business venture ‘Bartini’ and decided to use Deliveroo rather than cook. The delivery ended up being hours late and the evening took a nosedive when the guests got pretty hammered.

The synopsis for episode 5, The Ninth Hole, is:

It’s Big Gary’s birthday and Gary has organised a family day out at an indoor mini golf course, but his plans are gatecrashed by Winkle, who also wants to spend the day with his old boss.

The father-versus-son golf game gets highly competitive and fully explodes when Big Gary is accused of cheating.

Meanwhile, Denise takes a shine to the crockery in the restaurant and Terri sticks her oar into Gary’s mate John the Butcher’s date. She knows that John is already seeing one of her mates so righteously informs the date, in the ladies, that the man she is having dinner with is a ‘class A wrong un’ – but has she got her facts straight?