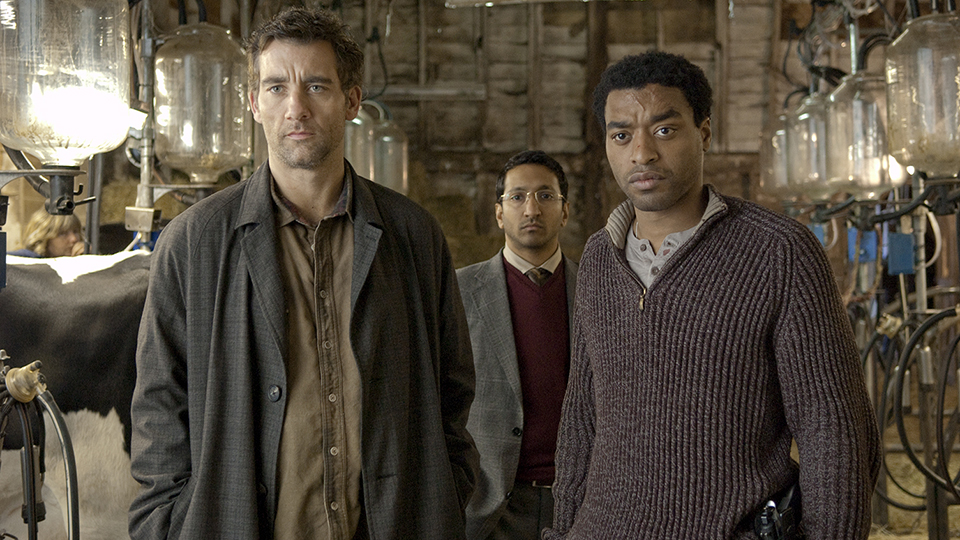 Glasgow Film Festival 2020 has unveiled the full programme for this year’s event.

The festival opens with Alice Winocour’s Proxima starring Eva Green and closes with the big screen adaptation of Caitlin Moran’s blockbusting memoir How to Build a Girl, directed by Coky Giedroyc.

Glasgow Film Festival closes on International Women’s Day with a celebratory showcase of female talent – with every film screened either directed or written by a woman or starring a female lead.

Read on for more details about this year’s programme…

Glasgow Film Festival will host the first ever big screen outings for a range of features from both international and homegrown talent. Scotland-based director Anthony Baxter (You’ve Been Trumped) makes his long-awaited return with Flint, which follows the situation in Flint, Michigan over six years of denial, evasion, betrayal and hypocrisy after the city’s domestic water supply switched to the Flint River.

Robbie Fraser (whose Final Ascent had a sell-out World premiere at Glasgow Film Festival 2019) turns his lens on another legendary Scottish figure in Pictures From Afghanistan – a journey amongst the people and places of modern Afghanistan with veteran Glasgow photojournalist David Pratt, who has spent much of the last three decades reporting on changing fortunes and global conflicts.

Hugo Weaving shines as a world-weary Melbourne crime boss in a sharp contemporary re-telling of Shakespeare’s Measure for Measure and Mrs and Miss Cops is a South Korean female buddy cop drama that’s a non-stop thrill-ride from start to finish. Over the Sea is a beguiling coming-of-age story, following boisterous and carefree youngster, 11-year-old Xiaoji, and fans of A Star Is Born will adore This World Won’t Break, a country music drama shot in the dive bars and spit-and-sawdust venues of Dallas.

Because We Are Girls is the devastating but inspiring feature documentary shining a light on a conservative Indo-Canadian family in small-town British Columbia forced to come to terms with a devastating secret; Henry Glassie: Field Work follows the veteran American folklorist in a joyous celebration of outsider art from around the world and Michael Paszt tells a story definitely stranger than fiction in feature documentary Nail in the Coffin: The Fall and Rise of Vampiro, which follows a professional wrestler juggling dual roles of running Lucha Libre AAA in Mexico whilst being a father to his teenage daughter.

Glasgow Film Festival 2020 will feature the first big screen outings in the UK for over 100 feature films. Across the final three days of the festival GFF will be screening Mark Cousin’s epic homage to the history of female talent behind the camera, Women Make Film, showing this groundbreaking 14-hour documentary narrated by Tilda Swinton and Jane Fonda in five instalments.

Other must-see highlights include Kelly Macdonald in the sweeping Australian outback romance Dirt Music; Daniel Radcliffe as a South African activist attempting a daring jailbreak in the nail-biting true story Escape From Pretoria; and a darkly comic ride in to the American heartland with Ewen Bremner as Edward, a visionary attempting to open a German sausage shop in Gutterbee, a town in the grip of a narrow-minded, xenophobic bigot.

George Mackay’s star continues to ascend as he leads alongside Russell Crowe in The True History of the Kelly Gang, Rosamund Pike puts in another luminous performance as Marie Curie in Radioactive and Simon Pegg impresses as a music producer struggling with his mental health who goes missing in LA in Lost Transmissions.

Hotly anticipated indies that have been getting rave reviews across the world will premiere in Glasgow, including The Truth – the first ever English-language film by Shoplifters director Hirokazu Kore-eda boasting an all-star cast of Juliette Binoche, Catherine Deneuve and Ethan Hawke; the definitive documentary on Lady Day herself, Billie, featuring never-before-seen interviews with those who knew one of the world’s greatest jazz singers; SXSW Audience Award winner The Garden Left Behind, a poignant portrayal of Tina, an undocumented Mexican trans woman fighting to make a life in New York; Venice Silver Lion Award winner About Endlessness, the latest deadpan slice of comedy brilliance from Swedish master Roy Andersson and 2020 Academy Award nominee for Best International Film, Ladj Ly’s thrilling Parisian crime drama Les Misérables.

39 features will make their Scottish cinema debuts at this year’s GFF. Inbetweeners star Simon Bird makes his directorial debut with the warm and witty Days of the Bagnold Summer, starring Nick Cave’s son Earl Cave and Bird’s Friday Night Dinner co-star Tamsin Greig, and featuring a new soundtrack by Belle and Sebastian. Fellow actor Craig Roberts premieres his sophomore venture as writer and director of Eternal Beauty, starring Sally Hawkins as a schizophrenic woman encountering surprising new sources of love and life; Jesse Eisenberg and Imogen Poots as a pair of first-time buyers who get more than they bargained for in the twisted fable Vivarium.

Michael Caton-Jones’ riotous comedy Our Ladies is the long-awaited big screen adaptation of Alan Warner’s hit novel The Sopranos, following a group of rowdy 1990s Catholic school girls as they journey from Fort William to Edinburgh to compete in a choir competition. Our Ladies star Marli Siu also stars in the Scottish premiere of Run, the third feature from major Scottish talent Scott Graham. Set in Fraserburgh, the electrifying drama follows a group of young men dreaming of escapism through late-night drag races. Peaky Blinders director Tim Mielants makes his big screen debut with eye-catching dark comedy Patrick; Scottish director Peter Mackie Burns follows up his acclaimed first feature Daphne with Rialto, a brooding Dublin-set drama about a middle-aged father embarking on a relationship with a young rent boy and first-time director Claire Oakley makes an impact with Make Up, a claustrophobic and unsettling coming-of-age tale set in an out-of-season Cornish caravan park.

The only award handed out at Glasgow Film Festival is the one decided by the festival audience. The prestigious GFF Audience Award is awarded to a feature by a first or second-time director, with previous winners including Harry Birrell: Films of Love and War, Custody and Lipstick Under My Burkha.

The shortlist of 10 films – 50% of which are directed by women – are Silja Hauksdóttir’s sensitive portrayal of a family disintegrating in Agnes Joy; Tom Sullivan’s immensely impressive Irish Gaelic debut about the Irish potato famine Arracht; Bridget Savage Cole and Danielle Krudy’s twisty New England noir Blow The Man Down; Shelley Love’s hilariously fresh take on the rom-com A Bump Along The Way; the San Francisco Gay Men’s Chorus embarking on a tour of the Southern states in the wake of Trump’s election in David Charles Rodrigues’s feature doc Gay Chorus Deep South; Isaac, a Cold War thriller based on a real-life massacre from young Lithuanian writer-director Jurgis Matulevicius; Simon Pegg and Juno Temple as a music producer and aspiring musician dealing with friendship and mental health on the streets of LA in Katharine O’Brien’s Lost Transmissions; Song Without A Name, Melina Leon’s heartwrending dramatisation of true events set in the chaos of 1980s Peru; The Twentieth Century, Matthew Rankin’s wildly inventive and highly stylised faux biopic of the rise to power of former Canadian Prime Minister, William Lyon Mackenzie King and SXSW Audience Award winner The Garden Left Behind featuring a cast of up-and-coming trans acting talent.

The Glasgow Film Festival Audience Award 2020 is sponsored by Caledonian MacBrayne and the winner will be announced at the Closing Gala on Sunday 8th March.

“GFF20 features some stunning work from across the globe, from Bacurau from Brazil to Dolly Kitty and Those Twinkling Stars from India via fifty other countries, ensuring we have a film from most corners of the globe. With 15 titles in our Future Cult strand we have a film that surely will take your fancy, I loved Deerskin especially and Nobadi took me on an unexpected journey. This year’s Stranger Than Fiction documentaries strand has work covering the life of Toni Morrison, Truman Capote, Barry Gifford and Henry Glassie to name a few. In Sound & Vision we have films on Billie Holiday and Ike White and my personal highlight, a 4K restoration of 1959’s Jazz on a Summer’s Day. There really is a film for everyone in the feast of film that is GFF20.”

“The 2020 programme is a real voyage of discovery, showcasing a treasure trove of little gems from all around the world. I think audiences will love the range and depth of exciting new talents we’ve chosen from the moving Sudanese drama You Will Die At 20 to the brilliant Isaac from Lithuania, and the outstanding reckoning with Guatemala’s past in Our Mothers. We highlight homegrown excellence with eagerly awaited new titles including Anthony Baxter’s riveting Flint, Eliza Schroeder’s charming Love, Sarah and Peter Mackie Burns’ beautifully acted Rialto. The Festival’s celebration of Icelandic cinema is our biggest Country Focus ever, and the epic documentary Women Make Film is an exciting game-changer that rewrites the history of world cinema. Inspirational films to raise the spirits of any audience.”