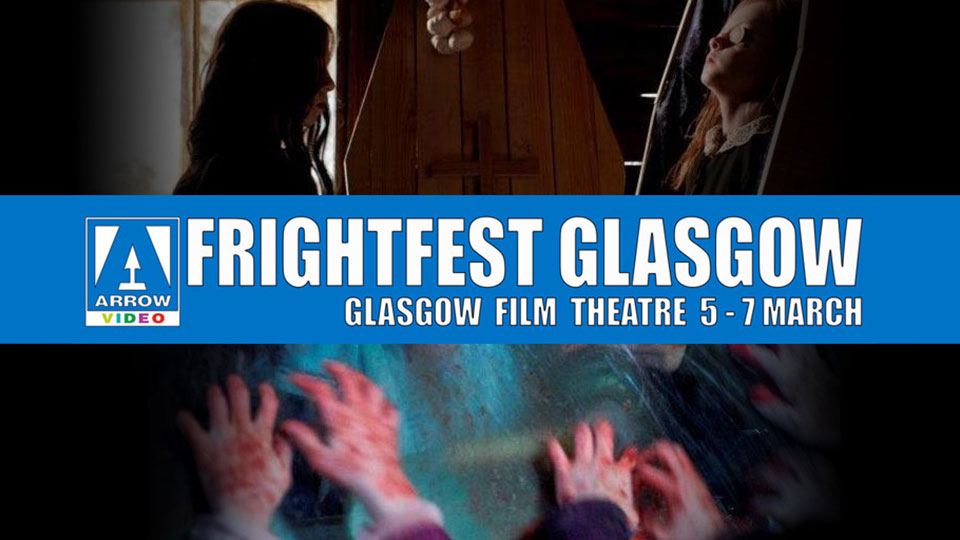 The line-up has been revealed for Arrow Video FrightFest at the Glasgow Film Festival, which runs from Thursday 5th March to Saturday 7th March 2020.

This year’s event will see 13 films shown across the 3 days embracing the latest genre discoveries from around the globe, spanning four continents, including one world, two European and seven UK premieres.

A brand new cut of co-directors Justin Benson and Aaron Moorhead’s latest Synchronic starring Jamie Dornan and Anthony Mackie will be show in a special presentation on Thursday night. Justin and Aaron plan to attend.

That will be followed by Arrow Video FrightFest 2019 hit Death of Vlogger, which comes home to Scotland with director and star Graham Hughes in attendance with his cast.

Friday kicks off with the UK Premiere of The Cleansing Hour, a gory, scary and hugely entertaining horror comedy, directed by Damien LeVeck, where tech entrepreneurs meet evil head on. Then it’s the European premiere of In the Quarry, Uruguayan filmmakers Bernardo and Rafael Antonaccio’s penetrating look at gender roles and expectations is a tense and dynamic riff on the naturalistic heart-of-darkness genre.

Next up is the UK premiere of tense sci-horror thriller Sea Fever, by award-winning Irish television director Neasa Hardiman. Connie Nielsen and Dougray Scott star as part of a marooned trawler crew struggling with a mysterious water-borne parasite.

The 8.45pm presentation is the World premiere of first-time director Adam Stovall’s remarkable comedy romance A Ghost Waits. With hints of Beetlejuice and Ghost, it features a brilliant performance from MacLeod Andrews, star of They Look Like People and The Siren. Adam and some of the crew will be there to introduce his film.

Rounding off the evening with an irresistible riff of humour, terror and squirm-inducing violence is the UK premiere of Ryan Spindell’s The Mortuary Collection. With fabulous production design and a vibrant variety of tones, this wild ride completely pulls the rug out from under the audience.

Saturday’s programme is a killer and the first film, Anderson Falls features director Julien Seri’s high-tone brand of seat-edged thrills, starring Gary Cole and Scream Queen supreme Lin Shaye. Next, get ready for a dead funny zombie apocalypse as Living Dead lore explodes in a fun riff on the genre. The often hilarious Zombie For Sale borrows from the best but South Korean director, Lee Min-Jae, making his film feature debut, adds his own startling twists to the beloved formula.

This is followed by the Scottish premiere of Saint Maud, a blistering debut from writer/director Rose Glass and a divine dive into obsession, isolation and urban deprivation, featuring a star-making performance from Morfydd Clark as the heartbreakingly conflicted Maud. Rose will be in attendance, alongside several of the producers.

The evening programme bursts into action with the European premiere of Butt Boy, a surreal, bizarre and utterly unique viewing experience, in which a detective has to get to the bottom (literally) of a series of suspected murders. Directed by Tyler Cornack, imagine the indie lovechild of Quentin Dupieux and John Waters.

Next up is the UK premiere of VFW, directed by FrightFest Glasgow favourite Joe Begos. This break-neck action blood-blaster, pitching Vietnam vets against an army of punk mutants, is every bit as gobsmacking as his recent Bliss. Joe will be attending the festival.

The festival comes to an end with the UK premiere of A Night of Horror: Nightmare Radio, an anthology constructed by noted Argentinian duo Nicolas and Luciano Onetti (Francesca and Abrakadabra), who’ve assembled an impressive line-up of recent festival-touring horror shorts to deliver a refreshingly unique new kind of shock omnibus.

In addition, there are two fabulous shorts; Gustav Egerstedt’s Live Forever, a brilliant musical tribute to all the poor victims in horror films that didn’t make it to the sequel, and Bleed, the latest from the talented Femme Collective – an anthology of six micro-shorts from emerging female directors which explore the horror of being a modern woman.

Alan Jones, FrightFest co-director, commented: “Welcome to another banner FrightFest and another invitation to explore the horror fantasy genre’s fertile harvest bursting with creativity, imagination and difference in a world that often seems hostile to all three. So enjoy FrightFest Glasgow 2020: 13 new films from around the world guaranteed to offer a much-needed cinematic sanctuary. Hold on to your seats for the altered state sci-fi fantasy journey of your life!’

As always there will be great giveaways, surprise clips and Q&As too across the duration of the festival!

FrightFest Weekend Passes are £75 and available from noon on Monday 20th January, 2020. Passes will be exchanged for admission wristbands, which must be worn at all times to access all FrightFest films on Friday 6th March and Saturday 7th March ONLY.

Tickets for Synchronic and Death of a Vlogger, plus individual tickets for the Friday/Saturday films are on sale Monday 3rd February, from noon. Price: £11.50. £9.30 concessions.