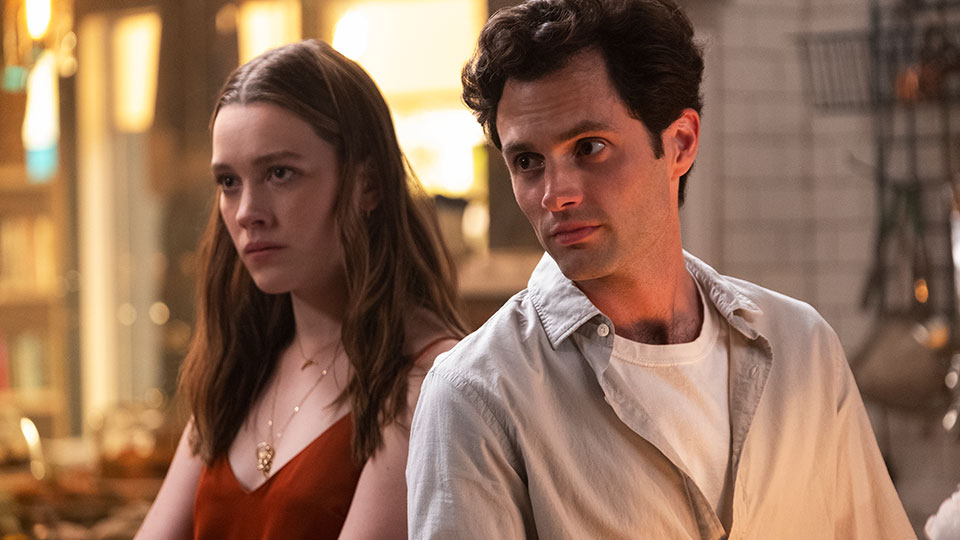 Joe Goldberg (Penn Badgley) will continue his seriously creepy behaviour for another season as Netflix announces that You will be back for season 3 in 2021.

The critically-acclaimed drama will be back for 10 episodes with Penn Badgley and Victoria Pedretti, who played Love, reprising their roles. Additional casting news will be announced at a later date.

Co-creators Sera Gamble and Greg Berlanti are returning as executive producers, and Gamble will also serve as showrunner.

In the second season, Joe Goldberg (Penn Badgley) moves from New York to Los Angeles to escape his past, and starts over with a new identity. Fresh out of an intense relationship that ended in murder, the last thing he expects is to meet an incredible new woman but he’s falling in love again — with a woman named Love (Victoria Pedretti). Is history repeating? Or will this time be the real thing? Joe’s just crazy enough to risk finding out.

You was developed by Sera Gamble & Greg Berlanti and based on the books You and Hidden Bodies by Caroline Kepnes. The series is produced by Berlanti Productions, and Alloy Entertainment in association with Warner Horizon Scripted Television.

You seasons 1 and 2 are currently streaming globally on Netflix. For more information head over to netflix.com/you.

Advertisement. Scroll to continue reading.
In this article:Netflix, You