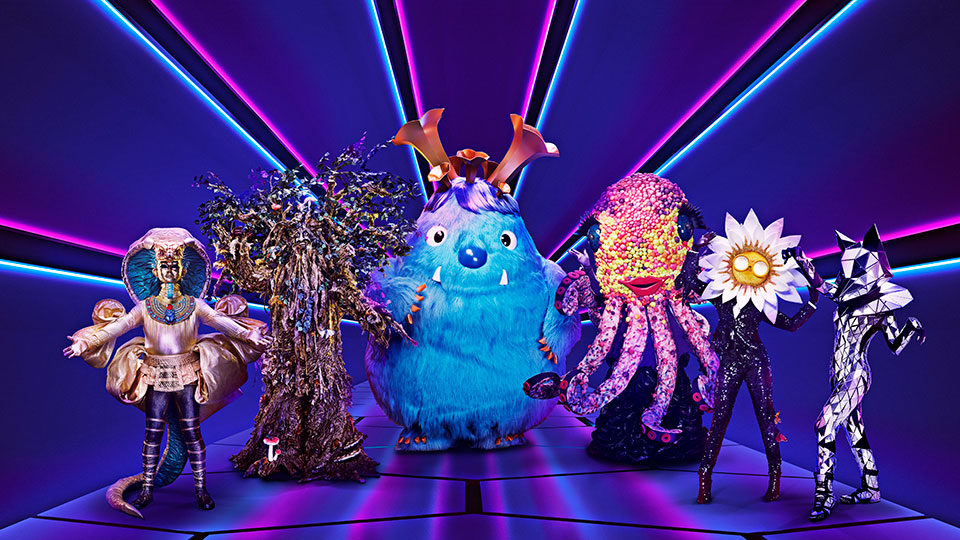 Over the weekend we saw all 12 celebrities performing on The Masked Singer and social media has been busy trying to guess who is behind the masks.

We already know two of them but that leaves 10 for us still to guess. The panel – Ken Jeong, Davina McCall, Rita Ora and Jonathan Ross – we’re way off on most of the guesses we think but there were a couple where they might have been at least in the right ballpark.

The clues: Queen Bee began her career young and said she was confined to one type of beehive. She considers herself a bit of a wildcard and revealed that she’s the joker of the pack among her friends.

Our guess: Nicola Roberts. Thrust into the spotlight as part of Girls Aloud while still a teenager, Nicola had a rough ride with the public in the early days of the girl band. We’re pretty sure we recognised her signature vocal tics during the performance of Sia’s Alive too.

The clues: Shy and quiet, Duck admitted she used to be a long distance runner. She’s not a singer by trade but has always been sporty, and apparently can sometimes be caught surfing.

Our guess: Denise Lewis. We’re really not sure on this one but Denise seems a likely contender given the long distance running connection.

The clues: Unicorn claimed he’d always stood out and referenced his rainbow-coloured mane a few times, suggesting he was LGBTQ. With flair and labelling himself a show pony, Unicorn also revealed that he flew on a private jet for family holidays when he was young.

Our guess: John Barrowman. He is a showman and always very flamboyant so the costume suits him down to the ground. We know he’s also in the UK working on Dancing on Ice, which is filmed in the same studio as The Masked Singer.

The clues: One of the vaguer sets of clues from the show, Chameleon hinted that he has a blend of talents but threw everyone by saying he was used to the tech of the 70s. His final clue could be the key to his identity though when he revealed he had provided the voice of a children’s cartoon character.

Our guess: Will Mellor. Over his career he’s acted and sang, and he voiced the character of Georgie in children’s cartoon Barking! from 2004 to 2006.

The clues: A homely creature that’s most active at night who described himself as introverted but friendly. His natural habitat is being on stage, he’s a workaholic and he used to die at 8.30pm every night.

Our guess: Jason Manford. He successfully moved into musical theatre and he’s proven to have a great singing voice. He also starred in Sweeney Todd, where he would have died on stage every night.

The clues: A big personality with big muscles that has come to the UK. He said he doesn’t want to blow his own trumpet but he’s won many awards. After his performance he revealed that his hero is Spandau Ballet’s Tony Hadley.

Our guess: CeeLo Green. Rita Ora might have actually guessed this one correctly as vocally it did sound like CeeLo. Also Davina’s comments about the trumpets on the costume being Grammys would add further weight to that suggestion.

The clues: Street smart and nosy, can be a bit of a party animal and can be seen slinking around the East End from time-to-time. The additional clue was Fox has been collecting tea pots for 30 years.

Our guess: Denise Van Outen. There were moments during the performance that the vocals sounded just like the TV presenter and actress. She’s also appeared in EastEnders and we know she has a musical theatre background too.

The clues: Has played in front of big crowds before, likes to win and hinted he may be a sports star by saying ‘goal’ and ‘best shot’. He admitted he’s nervous but was going to grin and bear it. After the performance he said he’d never performed on stage before but was doing it for his kids.

Our guess: Peter Crouch. The clues suggested that he’s a footballer and Peter is very tall, like tree. We could be wrong here but that’s out guess with the information at hand so far.

The clues: Bubbly, happy-go-lucky and always on the go. Octopus would like to be a role model and could possibly be a model. She always likes weight training.

Our guess: Ashley Roberts. We’re not sure her voice is as strong as it Octopus’ sounded but the cat walk references suggest it could be a Pussycat Doll. The ‘weight’ or ‘wait’ training could refer to Ashley’s role in the musical Waitress too.

The clues: Real name is based on the seeds of the flower she grew from. Daisy has moved to the UK and plans to stay for a long time. She has a bright personality and blooms in the spotlight, and likes to relax by fishing.

Our guess: Kelis. This would be quite a get for the show but it did sound an awful lot like Kelis didn’t it? She also has flower tattoos on her back but we can’t find anything to suggest that she’s come over to the UK.

Who has been unmasked