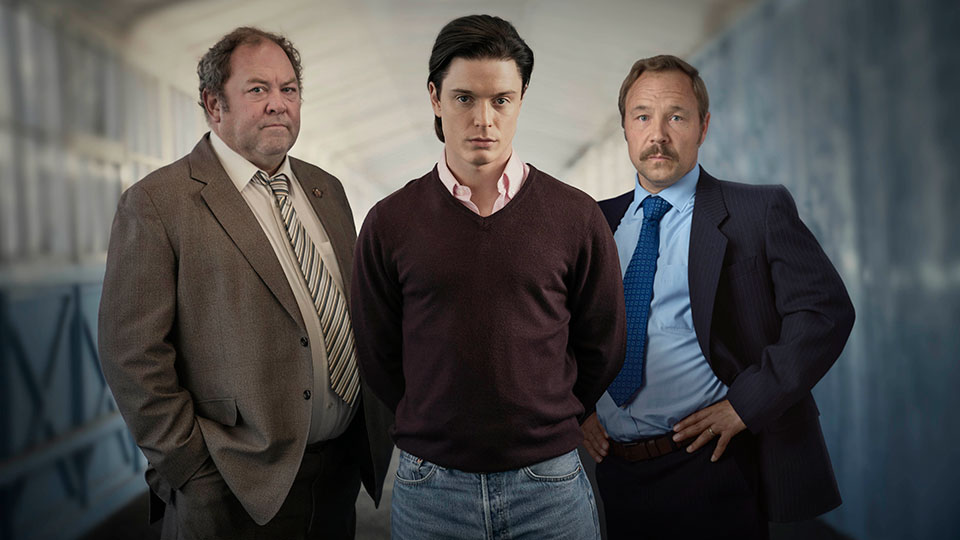 Factual drama White House Farm, a six-part series based on a family who were murdered in 1985, begins on ITV on Wednesday.

Produced by New Pictures the series revolves around one fateful night in August 1985 when five members of the same family were murdered at an Essex farmhouse; Sheila Caffell, her twin six-year-old sons, Daniel and Nicholas, and her parents, Nevill and June Bamber.

It will seek to provide fresh insight into this family tragedy and the contested accounts of the events that took place at White House Farm and is based on extensive research, interviews and published accounts including The Murders at White House Farm by Carol Ann Lee and In Search of Rainbow’s End by Colin Caffell.

In the early hours of Wednesday 7th August 1985, police in Chelmsford receive a phone call from local farmer Jeremy Bamber. Officers are called to an incident at his parents’ farmhouse, White House Farm.

Jeremy’s sister Sheila, mother June, father Nevill and twin nephews Nicholas and Daniel are all found dead. The case appears to be open-and-shut to investigating officer DI Thomas ‘Taff’ Jones, who concludes that Sheila, who had mental health problems, is responsible for killing her parents and children, and then herself.

But for DS Stan Jones, something doesn’t feel right. Stan’s concerns bring him into conflict with his superior officer Taff. He is given the responsibility of family liaison and told to toe the line.

White House Farm begins at 9pm Wednesday 8th January 2020 on ITV. Preview it with our gallery below:

In this article:ITV, White House Farm