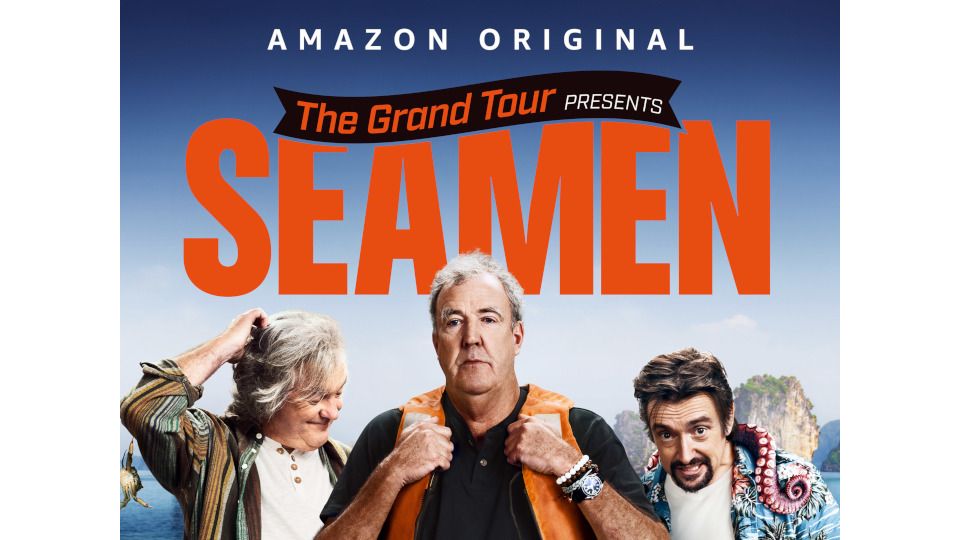 Fans of The Grand Tour rejoice, the boys are back with the new series and the 1st episode of The Grand Tour season 4 is available to watch now. Gone is the tent, the live audience and the test track. Instead, we are going to be treated to a season of specials featuring epic road trips across various locations around the world.

Episode 1 is, even more,  of a break from the usual format in that there are no cars this time. Instead, Clarkson, Hammond and May have been told to buy a boat each and meet up at Siem Reap in Cambodia. Clarkson is the only one of the trio who is pleased with this with the other two venting their anger at going boating when they’re supposed to be making a car show.

Their mission is to travel from Siem Reap in Cambodia to Vung Tau in Vietnam using only the waterways. This is a truly impressive journey that could potentially lead them to have to cross part of the sea should they get their route wrong. Along the journey, they will travel along the iconic Mekong River.

They hit their first problem immediately as the part of the river they have chosen to meet at doesn’t actually have any water in it due in part to the rainy season arriving late. As a result, they set off on bicycles in order to find a better starting point.

They finally get their boats to a lake and set off. Hammond has chosen a rediculous speed boat that wouldn’t look out of place on the set of Miami Vice, May decides it would be better making the trip in a pleasure craft from the 1930s and Clarkson things the military PBR boat is the best choice. I can’t help but think that Clarkson has chosen this boat to be deliberately provocative given that it was the boat most commonly used by the US Army during the Vietnam war.

As they make their way across the lake the rainy season kicks in with a vengeance and the trio display their complete lack of skill when it comes to parking their boats. Given the lack of water, the lake is far shallower than normal and the boys encounter problem after problem during the crossing.

Finally across they encounter some of the worst accommodation they have ever seen. After a night sleeping next to a generator below a bar with the biggest sound system ever, they finally reach the Mekong River and Hammond and Clarkson are able to unleash the power of their boats leaving May far behind.

Their journey along the Mekong is full of general messing about, the odd breakdown and lots of getting lost to the point that they all end up grounded in a tidal canal due to a wrong turn.

Once back on track they reach the Mekong delta but after more wrong turns they end up in the sea by mistake. Their boats are not made for this kind of punishment and it’s a genuinely thrilling end to the episode as they battle nature and a very busy shipping lane in order to reach their destination.  Even the boas of the camera crews are in peril during this part of the journey.

To sum up, this was a fun episode to watch and I enjoyed this format much more than that of the previous seasons. There were some truly poignant moments when Jeremey recalls accounts of bravery from the Vietnam war, the atrocities carried out throughout the history of Cambodia and the countries they travel through are captured in the true glory that we have come to expect from The Grand Tour.

The Grand Tour is available exclusively at Amazon Prime Video.