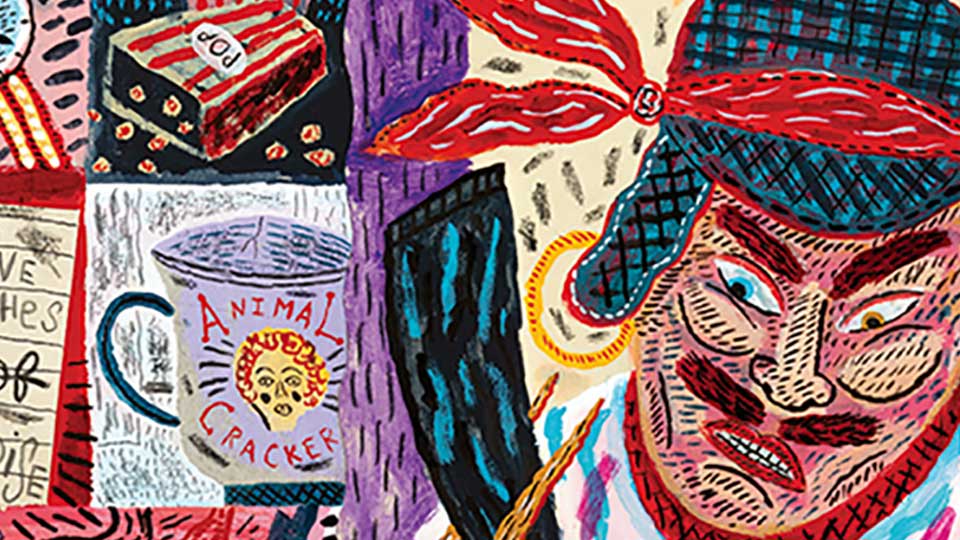 The Folio Society edition of A Confederacy of Dunces

Ignatius J Reilly, on the face of it, is an unremarkable man. He’s thirty, fat, unemployed, has only once travelled out of his home town, and is still living with his mother. There is a girlfriend, but it’s long-distance. And yet, the hero of John Kennedy Toole’s achingly funny A Confederacy of Dunces is one of the most memorable creations in modern literature.

Since the novel’s eventual publication in 1980, many comparisons have been made to Don Quixote – these are perhaps inevitable and unavoidable. Ignatius J Reilly is nothing if not quixotic. That is to say, eccentric, romantic and living in his own dream world. The story follows his several failed attempts to tie down a job. Spurred on by his mother Irene, who is in turn propped up by her sassy friend Santa Battaglia (the mutual animosity between her and Ignatius is one of the novel’s most endearing features), Ignatius first secures employment at the Levy Pants factory. Once there, he can’t understand why his co-workers don’t share his idealistic worldview, and attempts to lead a revolution against the powers that be. His career later fails to reach dizzy heights when he finds himself in the hot dog vending business.

The Folio Society edition of A Confederacy of Dunces

What makes Ignatius so special is the way in which he speaks, which marks him out from all of the other New Orleans locals that we meet in the book. He is inexplicably educated and erudite, but also hopelessly disconnected from reality. Ignatius’ polished and often archaic turn of phrase is juxtaposed from the patois of the other characters, which is distinctive but more grounded. Jones, who works at the Night of Joy nightclub, has the catchphrase, “Ooo-wee”, recently repurposed by a popular animated series. Claude Robichaux, Irene’s elderly date, sees reds under the bed everywhere and obsessively accuses people of being a “communiss”.

A Confederacy of Dunces is one of the great novels of the Twentieth Century. Now regarded as a modern classic of American literature, its reputation has only grown since its publication. If it has a fault, it’s that the secondary characters, who have their own storylines, take up a bulk of the narrative, and the reader can itch to get back to Ignatius’ adventures. In the end, the weird and wonderful cast win you over, and their idiosyncrasies amuse until the final page.

The novel’s success lies in the freshness of the story, the vividness of the characters and the authenticity of the dialogue. Author John Kennedy Toole is said to capture life in New Orleans more acutely than any other writer. His creations speak in a dialect that is accessible to any reader. Best of all, A Confederacy of Dunces is a very funny book, and a drily ironic humour runs throughout its pages.

Tragically, John Kennedy Toole’s name is only really associated with this title. The author committed suicide in 1969, depressed at his failure to bring his creation to print. The dogged determination of his mother to posthumously honour her son’s legacy is spelled out in Walker Percy’s moving introduction that is present in this Folio Society edition.

The origins of the book can’t help but to shade and shape it, influencing how readers relate to the material. It is, after all, only available for you to enjoy thanks to the love, devotion and unceasing conviction of her son’s literary merit of a proud and grieving mother. And just as James Dean is captured in a moment in time, forever doomed to die young and never grow old, so Kennedy Toole’s legacy is similarly truncated into one exceptional piece of work (and a less-celebrated first novel). What’s notable about A Confederacy of Dunces is that it’s a young person’s book. That’s not to say that the audience for it must be young, but that the romanticism and lucidity of the ideas are unmistakably from the pen of a young author, full of ideas, energy, optimism and enthusiasm. That Kennedy Toole didn’t live longer to write stories with the benefit of greater experience and the jadedness, and indeed bitterness that the weight of years usually brings is tragic, but it also keeps his canon pure and unsullied – rather like Ignatius J Reilly himself.

The phrase ‘must-read book’ is glibly used, but it’s truly rare to find one so engaging, well-written, memorable and funny. A Confederacy of Dunces is a novel that every keen reader of twentieth century literature should experience at least once in their lifetime. The Folio Society’s luxury edition is a great buy for enthusiasts and collectors, but also the perfectly-packaged introduction to Kennedy Toole’s rich and immortal world for the uninitiated.

The Folio Society edition of John Kennedy Toole’s A Confederacy of Dunces, with a new preface by Bill Bailey and illustrated by Jonny Hannah, is available exclusively from www.FolioSociety.com.