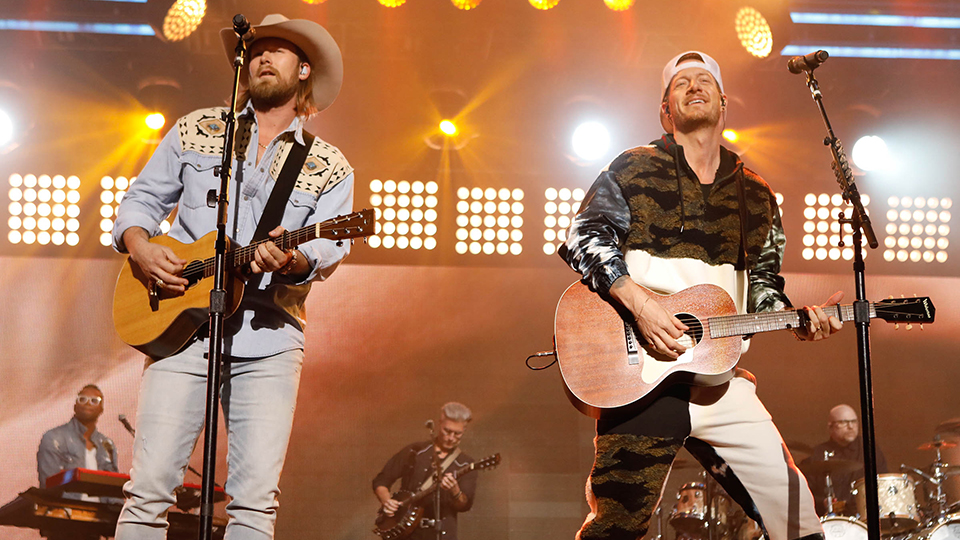 Florida Georgia Line stopped by ABC’s Jimmy Kimmel Live! ahead of Thanksgiving to give their first televised performance of new single Blessings.

The duo – Tyler Hubbard and Brian Kelley – took a night off from their Las Vegas residency to perform the track, which you can watch below:

Performing on the outdoor stage in Los Angeles, the duo also performed their 16th number one hit Simple. Both tracks are taken from the band’s current album Can’t Say I Ain’t Country, which is available now.

Watch the performance of Simple below:

Can’t Say I Ain’t Country has been certified Gold in the US and is the follow-up to their 2016 album Dig Your Roots. Florida Georgia Line have been nominated for Vocal Duo of the Year at The 53rd Annual CMA Awards, which takes place in Nashville tonight.