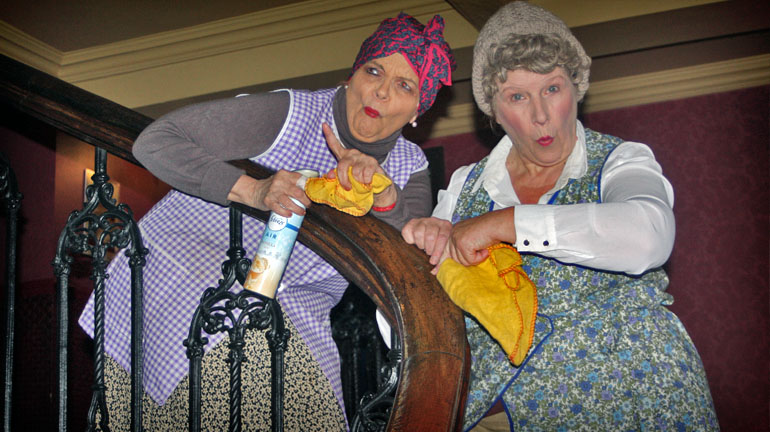 A two-part theatre production that opens with a celebration of the history of Leeds’ theatres will take to City Varieties Music Hall this November.

The performance sees two women, Gladys and Ethel, narrate stories of a bygone Leeds — using theatres and cinemas that once graced many of the city’s streets.

“If you walk from Briggate to the central bus station you’ll have passed the sites of
where three theatres and four cinemas once stood,” explains writer Liz Coggins, who also plays Ethel.

“Today they are department stores, office blocks and car parks but to the citizens of yesteryear Leeds they were places of dreams.”

Dialogue is mixed with music to tell the tales of the late, great houses of entertainment and the people that graced their screens and stages.

“Magnificently built theatres and music halls were on almost every street corner — Leeds has a great history of entertainment and I want to share those stories with audiences young and old; I’m delighted to be able to do so at such a historic venue,” adds Liz.

In the second act, the production stays in the past but moves further east to Scarborough.

Three Ships Came Sailing is a moving new work by Liz and was first performed at Scarborough Open Air Theatre in August this year.

It tells the story of the Scarborough bombardment, the first attack on civilian soil in the early months of World War One.