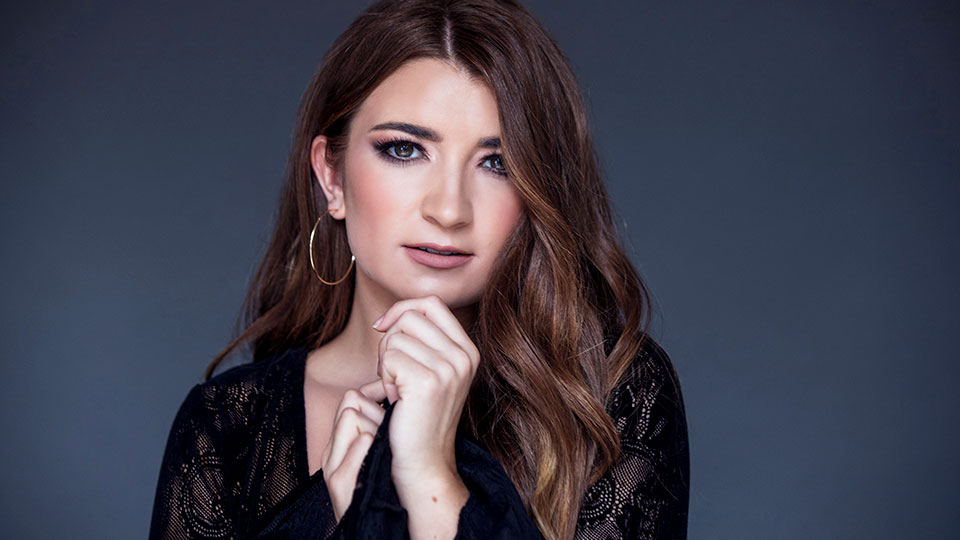 Every year at Country Music Week there’s always one artist that makes a lasting impression and gets Country music fans talking for weeks after. We’ve really been spoiled for choice over this past week but there’s no doubt in my mind that Canadian singer-songwriter Tenille Townes has won the week. She performed her first London headline show on Wednesday night, which sadly we weren’t able to attend, and the buzz around her has grown since. Yesterday she closed the first day of the Country Hits Radio Daytime Hub at Bush Hall in London and she was nothing short of incredible.

Honestly, I’ve been a little on the fence about Tenille since I first discovered her. It’s not that I haven’t liked her music, it’s more than I’ve had so many artists I’ve loved that I haven’t been able to give her music the time and attention it deserves. After seeing her yesterday, she’s definitely my favourite discovery and I’ll be giving her output plenty of my time moving forward. Wearing sparkly trousers and armed with her acoustic guitar, Tenille showed that you don’t need bells and whistles to make an impact. Opening with Where You Are, Tenille worked the stage like a seasoned pro and her ability to project is so impressive, I’m not sure she actually needed a microphone. There were moments that she moved away from the mic and you could still hear her loud and clear at the back of Bush Hall.

For White Horse she encouraged the audience to sing-a-long, noting that she’d been impressed at how vocal an audience she’d played to earlier in the week. The crowd didn’t disappoint and joined in, while Tenille looked visibly overwhelmed by the reaction she was receiving. The emotional Jersey On the Wall (I’m Just Asking), a song which was written about a tragedy in a small town, was one of the highlights and the audience knew every single word. That song highlights what’s so special about Tenille; she can take a real-life event and write about it in a way that strikes you in the heart, even though you weren’t any part of the story she’s telling.

In the middle of the set she threw in a cover of Keith Urban’s Somebody Like You, just because she wanted to she said. Her take on the song was interesting and she definitely made it her own. In fact I had to ask the person next to me what song it was because Tenille had made it sound like one of her own. I Kept the Roses was next, which prompted another sing along, as did the single Somebody’s Daughter. Tenille powered through both songs, her voice resonating so loud and clear and her guitar providing the only backing she needed.

By that point of the set I was pretty floored by Tenille’s talent but nothing could prepare me for her final song, a cover of Etta James’ At Last. That song is a song that so many people attempt to cover and very few manage to pull it off. Tenille made it look like a walk in the park and her vocal was one of the best I’ve heard, not on this week but possibly all year. Her delivery was nuanced, colourful and layered resonating emotionally and sending shivers down my spine. For a voice like that to come out of someone so small, it was quite remarkable to witness.

At the end of her set Tenille got a standing ovation from the audience and a round of applause that lasted minutes. She couldn’t contain her emotions and had a little cry on stage. It was actually a very emotional and moving moment, and it also felt like a special occasion to witness and be part of. Tenille is back in March for C2C and I wouldn’t be surprised if we see a lot of her in 2020. Without a doubt she’s been the standout artist of the week and with the amount of talent she possesses, it’s only a matter of time until she dominates the genre and becomes one of its brightest stars.