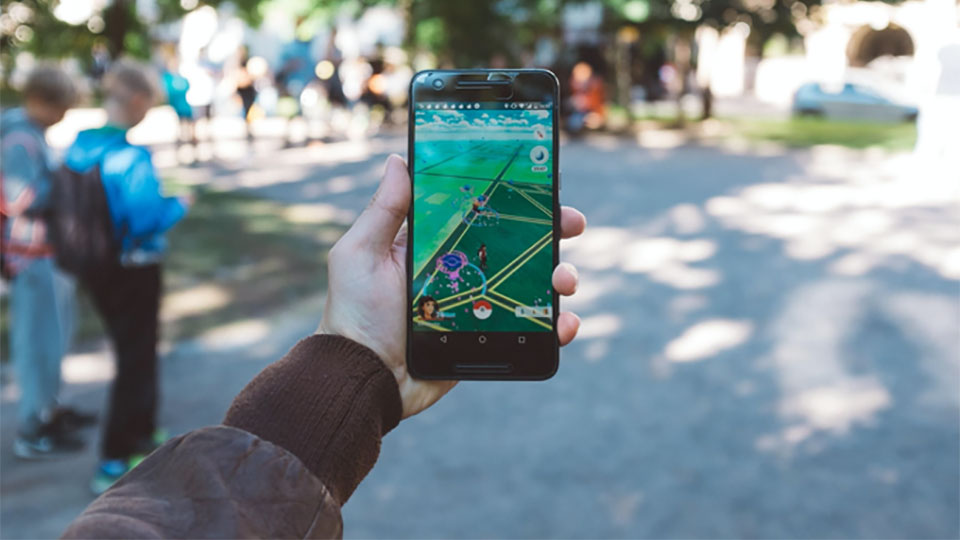 How do you get started with a career in the video and mobile gaming industry? We take a look at how tech journalist Julia Hardy got her big break…

There are many people out there who want to fulfil their dream career of working in the video game industry. There are many avenues that you could take to get your foot in the door too, like interning at a company, starting your own video gaming blog, writing for gaming magazines, posting your work on discussion boards, creating your own mods and so on.

Well-known gaming presenter Julia Hardy, who currently fronts O2’s New phone, who dis? campaign reviewing the latest phablets and phones, made her mark on the industry through contributing to magazines and newspapers such as Gamesmaster, Tuned and Big Cheese on mobile and video gaming.

Hardy became BBC Radio 1’s gaming presenter in 2016, producing a monthly gaming show for BBC iPlayer covering the latest in innovative gaming technology and smartphones. She has also worked for 4Music, Channel 5, BBC 3, Bravo, Challenge TV, Radio 2, Radio 4, Radio 5 Live, The Guardian, The Mirror, Xbox, Playstation and Eurogamer. She also offers consultancy to brands when they want to create gaming content. Hardy is passionate about encouraging women who want to get into the gaming industry, and helped to host the Women in Games Awards as a panellist.

Hardy began her career on music show Rockworld, before hosting a review show organised through the company. According to gamesindustry.biz, she got offered a review show, in which she began incorporating sketches. “I did one called PAP – PARENTS AGAINST PLAYSTATION – which involved me and my co-host dressing up and playing games like they were ruining our children. Oddly, it’s not that far off the current media perception still.” She eventually persuaded Radio 1 to give her her big break as host of The Gaming Show for iPlayer, demonstrating her knowledge of all-things gaming.

Knowledge is power in the gaming industry, so those that want a future career within it must be able to demonstrate that they are ahead of the curve, embracing new trends with an eye on the next big thing.

Why mobile gaming is changing the industry

There are now mobile games on the market to suit each and every type of gamer, and even popular console games have been transformed by developers into mobile versions so that gamers can play classic favourites wherever they are. Casual gamers are the most popular type of gamer, and are generally quite non-committal. In this sense, they often download games for free and are reluctant to spend money on them because they believe they may not play them in future.

Developers therefore offer games that are free to download and play, but with in-app purchases known as micro-transactions that are the choice of the player depending on how they want to progress in the game. By creating incentives through in-game prizes and purchases, seasonal purchases and other benefits, more mobile gaming companies are enticing people into gaming on their smartphone.

The future of mobile gaming

It is predicted that in the future, gamers will not need a more expensive console to run high quality games with stunning graphics, as the hardware being produced will be able to run very complex and sophisticated programs. The Samsung Galaxy Note10 Plus is a clear example of a smartphone that can run two applications at once, so that a user can game and work on the device at the same time (if they choose to).

With the ongoing expanding coverage of 5G, ultra-fast internet speeds will also place pressure on mobile game manufacturers to make their games run more smoothly and efficiently, which will in turn impact on the size of the games you will be able to play on a smartphone, as well as their quality. In 2018, market analysts Newzoo discovered that revenue produced by the gaming industry has increased to $134.9 billion. In just a couple of years, this number is sure to increase to even greater heights.

Advertisement. Scroll to continue reading.
In this article:Julia Hardy