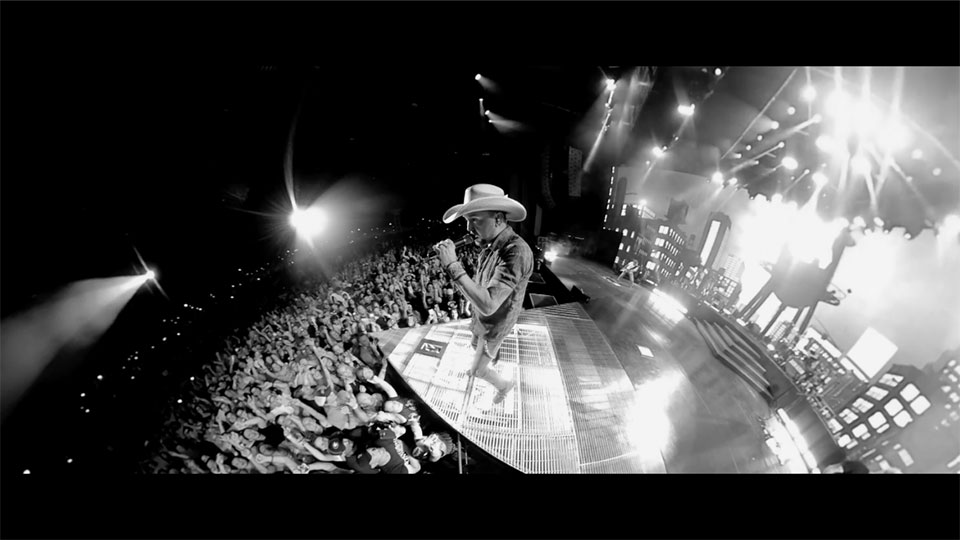 Jason Aldean has released the music video for his latest single We Back.

The lead track from new album 9, released on 22nd November 2019, We Back captures Aldean in his element on the road. Watch the video below:

“We’ve put out music videos in the past from our tours, but [Shaun] Silva put a really cool spin on this one,” said Aldean. “Fans are going to feel like they are on stage with us, which is something I’ve never really seen pulled off like this before.”

The video is directed by longtime collaborator Shaun Silva, the music video for We Back gives a front row seat to Aldean’s tour, encapsulating the energy as if viewers were there in real-time. To achieve some of the mind bending camera moves featured throughout the video, Silva used eight 360-degree cameras with custom fabricated mounts attached to Aldean’s microphone, the band’s instruments and a beer can that was thrown to Aldean at the end of the performance.

We Back has already cracked the Top 25 at US Country radio and it’s one of several tasters released from 9 ahead of the album’s release. The latest track to be released is Got What I Got, which is available now.