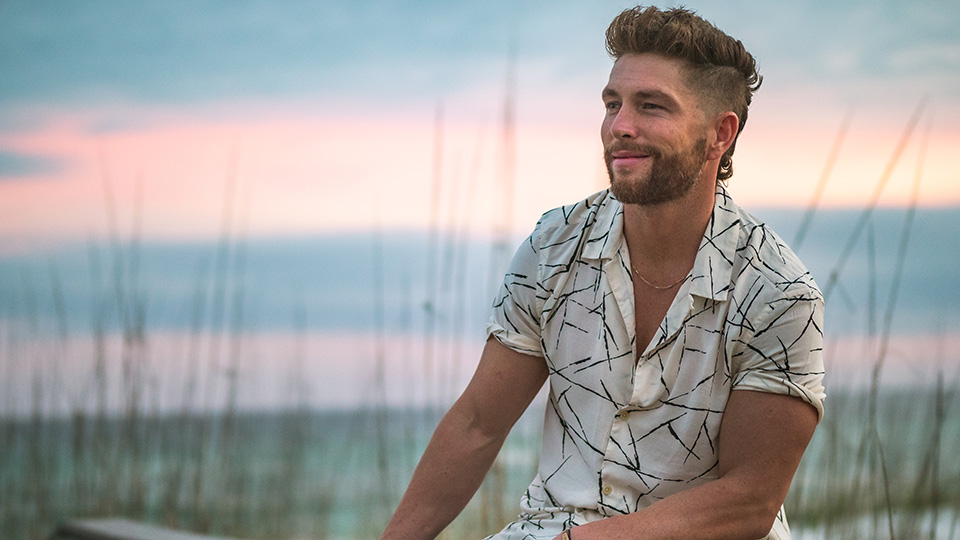 Chris Lane has emerged as one of Country music’s biggest breakout artists over the past few years. Since the release of his breakthrough single Fix in 2015, which hit number one on the US Country Airplay Chart and was certified Gold, Lane has been steadily gaining momentum. Recently he scored his second number one single with I Don’t Know About You taken from his current album Laps Around the Sun, which debuted inside the Top 10 on the US Country Albums chart. With buzz around Lane growing in the US, fans in the UK have been growing impatient for him to come over and he finally made the trip as the opening act for Brad Paisley.

Making his London live debut last night at The O2 Arena, Lane performed a 40-minute set that felt like a headline show rather than a support slot. Opening with his huge hit Fix, Lane immediately connected with the audience, working the stage like a seasoned pro. His joy at being on stage in the UK was evident and I have to say it’s the busiest crowd I’ve seen at a show during a support act for a long, long time. Discarding his in-ears a few times over the course of the night, it seemed that The O2’s notorious sound difficulties reared their head but that didn’t stop Lane from putting on a hell of a show.

After performing Laps Around the Sun fan favourite Fishin’, Lane launched into his latest single Big Big Plans. He explained the story of the song to the audience, detailing how he proposed to his now fiancée and captured everything for the music video. The song showcases a more mature sound from the singer and hints that a new direction may be forthcoming with his new material. Before For Her, Lane interacted with the crowd to find a girl to bring up on stage. He picked a young girl in a cowboy hat and Brad Paisley t-shirt and she looked adorably overwhelmed as he sang the song to her.

I Don’t Know About You was clearly a song the audience knew and they sang and danced to every word. Prior to the show Lane told me he didn’t know what to expect and he pondered if fans would know much of his music. Well the proof was there for him to see as the song lyrics were sung back to him. It also paved the way for the set’s most genius moment. There was a portion of the UK Country community that questioned whether Lane would be a fit for a Brad Paisley show. He’s often, unfairly, lumped into the bro-country category so his decision to include a 90s Country medley was a smart move. Taking on songs from Toby Keith, Tracy Byrd, Brooks & Dunn, David Lee Murphy, George Strait, John Michael Montgomery and Garth Brooks, Lane whipped the crowd into a frenzy and borrowed a few cowboy hats to wear while he performed them.

Lane sounded brilliant singing these classic songs and it made me feel that a more traditional sound would suit him really well. With Country music making a concerted effort to get back to its more traditional roots, I’d be very interested to see Lane take a turn in that direction. Whether he does or not remains to be seen but it was the moment of his set that won over any sceptics and proved that he does have the chops to forge a long and successful career in the genre.

The night’s final song was the Tori Kelly collaboration Take Back Home Girl, which ended the set on a high. As Kelly’s voice played over playback, Lane jumped off the stage and did a circuit of the arena, meeting fans and interacting with them. It’s the kind of thing I’ve never seen a support act do in all my years of gig-going and it won people over even further. The confidence he exuded as he strutted round, smile on face, was pretty magnificent to watch.

Last night was a strong case for Chris Lane to return to the UK for a headline tour and it felt like an audition for C2C: Country to Country. Never have I seen such a confident performance from an opening act and Lane won over plenty of new fans, as well as converted some sceptics. Lane has so much charisma it’s hard not to be swept away by him and with strong live vocals and plenty of personality, it’s no surprise that the buzz around him continues to build. He should consider his first London live performance as an absolute smash.

In this article:Brad Paisley, Chris Lane