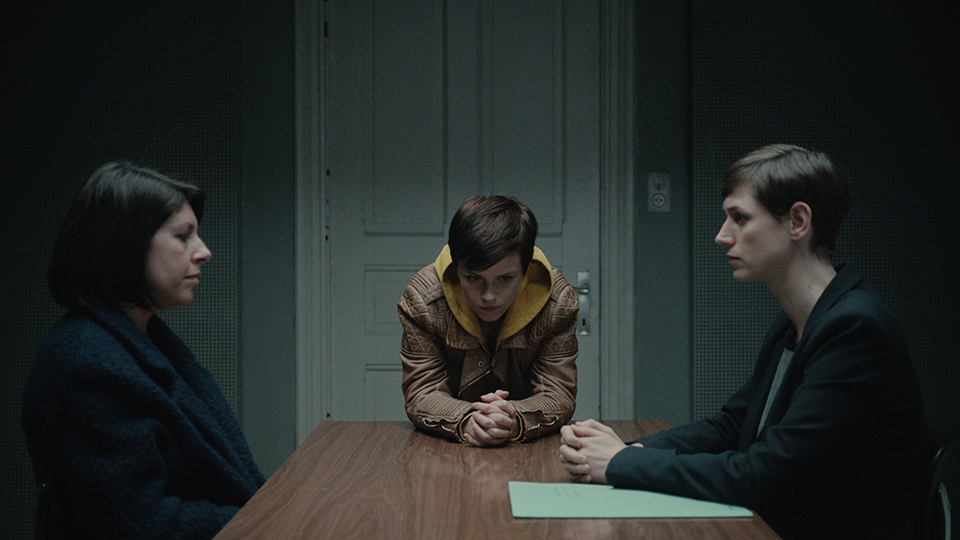 There is more than a touch of The Sixth Sense crossed with Randall & Hopkirk Deceased about this harrowing 2016 Belgian thriller about a young girl, Kato (superbly portrayed by Lynn Van Royen, who won 2018 TV Drama Best Actress award at the Television Festival in Monte Carlo for this role), who wakes up in the bath at a local hotel – the Beau Sejour of the title. She is covered in blood; and she’s not alone.

If you want to avoid all spoilers then stop reading this article now.

She returns home to shower and change her clothing, but is alarmed when no-one seems to recognise or acknowledge her; including her own mother. Unable to make sense of what’s going on, she takes a motorbike and rides to a local motocross event where her boyfriend – Leon – is competing. There she meets her drunk father and tells him what had happened at the hotel. He asks her to recount her story to a police officer, but the officer can’t see her – even though she’s standing right next to him. Assuming the drunken father is hallucinating, the policeman ignores his protestations.

Over time, Kato realises that only a handful of people can see her, but to the vast majority of people she’s invisible. When she decides to join the hunt for her own missing person, she watches as a body is recovered from a lake – it’s her body. And she stands next to her distraught mother, unable to console or speak to her as her own corpse is lifted from the water.

Unusually for Walter Presents, this is a contemporary ghost story combined with a whodunnit, as Kato tries to find her own murderer. It’s an unusual premise and one that – for the most part – works well. Of course, as with any ghost story, there are physical limitations and inconsistencies. For example, Kato is riding around on a motorcycle that no-one can see or hear. How does that work, exactly? But it’s entertaining hokum and well-acted with excellent performances from Van Royen and Inge Paulussen, who plays Kato’s mum, Kristel.

Belgium has produced a number of intriguing shows lately – not least the equally spooky Tabula Rasa with the wonderful Veerle Baetens (and also, incidentally, Lynn Van Royen, who has a small role in that show too). There’s something very homely and real about these Belgian productions. They’re not Hollywood-shiny; they’re a bit grubby, slightly grey-brown tinged and a tad morose.

I know that doesn’t sound appealing, but don’t let that put you off. This is really intriguing stuff, and I can’t wait to see how the storyline develops over the 10 episodes.

Walter Presents: Hotel Beau Sejour launches on Channel 4 on 29th September at 11pm. The full boxset is available on Walter Presents via All 4 immediately after transmission of first episode.