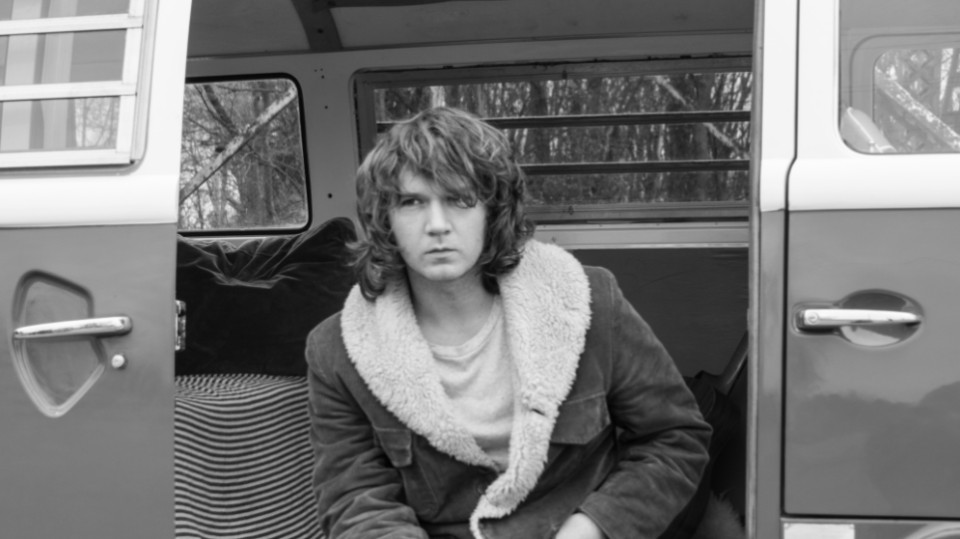 Originally from Kentucky, Ian Noe released his debut EP, Off The Mountaintop, back in 2017, and has toured with artists including John Prine, Colter Wall and Jade Bird. He wrote all 10 tracks on his debut album, Between The Country, which was released earlier this year, recorded in Nashville and produced by the legendary Dave Cobb. Now, following critical acclaim, Noe recently embarked on a short European tour to promote the record, ending with a sold-out show at The Slaughtered Lamb in London.

Noe arrived on stage to big cheers from the audience and opened his acoustic solo set with Letter To Madeline, from his debut record. It’s a simple, midtempo song with a strong folk influence and full of stark imagery, making it feel very powerful. Noe’s vocals had a great depth and rawness to them and his performance was full of intensity too.

Over the next hour and a half, Noe delivered a stripped-back set that was packed with great storytelling, edgy vocals and impressive guitar playing. One thing which particularly stood out was the variety of sounds Noe managed to generate with just his acoustic guitar, whether that was on rockier numbers like The Promised Land with its dry humour (‘the dogs rarely bite’) and sense of resignation, the oddly romantic Barbara’s Song or the twangy yet world-weary That Kind Of Life. Meanwhile, songs like the rollicking I’d Rather Be Over You evoked Bob Dylan and the protest songs of the late 1960s, giving Noe’s sound a timeless feel to it.

I also thought Noe did an excellent job of creating the characters in his lyrics, particularly on songs like the slow, melodic If Today Doesn’t Do Me In (where he showed off some impressive belt in his voice as well as great control), Irene with its highly specific lyrics, the dark, desperate Dead On The River and the startlingly blunt Meth Head. Although you only get snippets of each character’s life in Noe’s sparse lyrics, these little glimpses are enough to leave a picture that stays with you and it’s an incredibly skilful approach to writing. He also does the same thing to small town living on Junk Town, which really captures the sense of being left behind with only the next life to look forward to, Between The Country with its stark imagery of burning farmhouses, and the pictures of lonely places drawn out on the gentle Canyon Falls Bound.

For me one of the standout songs of the set was Lonesome As It Gets, a midtempo number with an oddly lively melody that contrasted the downbeat lyrics. There was a touch of growl in Noe’s voice as he performed the song and he held the audience absolutely spellbound throughout, before they burst into huge cheers and applause at the end. I also really liked POW Blues with its sharp, punchy rhythm and throwback feel, and the heavy The Last Stampede, which saw Noe almost yelling in places as he built the narrative of the song and its bleak tale of isolation.

Noe closed the main portion of his set with his version of the Bruce Springsteen classic Born In The USA. The song had a sparse, laid-back feel which put a completely different spin on in and brought out the richness in Noe’s voice, as well as giving the song a more introspective feel. For his encore, he performed Strip Jaw Blues, which he introduced with a story about his dad’s job. I liked how he showed a little more soul in his voice and thought it was a great balance to the bittersweet lyrics and the crowd clearly agreed, roaring their approval and chanting his name as he finished.

It’s not hard to see why Ian Noe is being praised as one of the new country acts to look out for. He’s got a real knack for capturing emotional stories and the side of country life that often isn’t talked about in music, as well as being an incredibly skilled guitar player and distinctive vocalist with a mesmerising stage presence. I’m definitely keen to see more from him in the future and based on the audience reaction I don’t think it’ll be too long before he’s back in the UK playing to even bigger crowds.

Advertisement. Scroll to continue reading.
In this article:Ian Noe