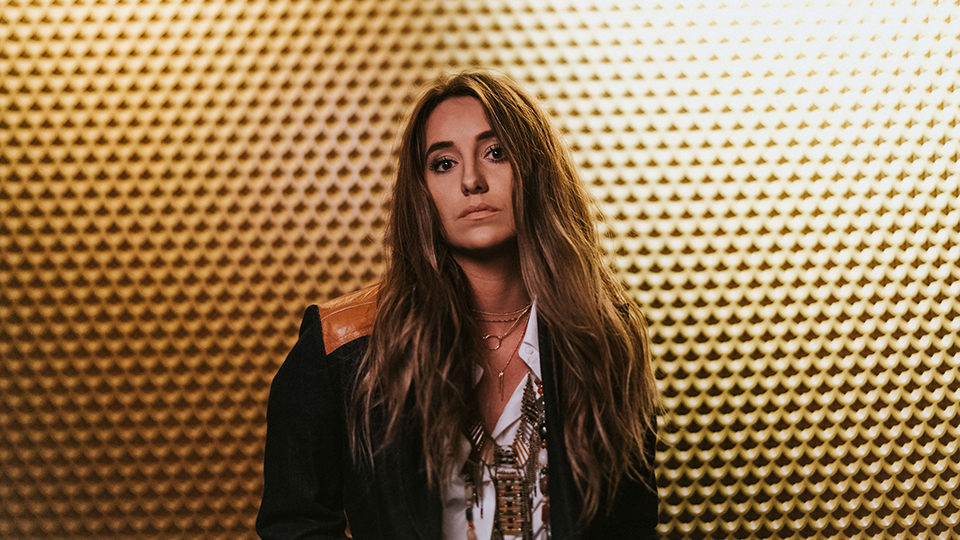 It’s hard to believe it’s less than a year since Lainey Wilson made her UK debut at Country Music Week back in October 2018. Since then she’s been rapidly winning over plenty of new fans here with her brand of ‘bell bottom country’, with performances at C2C: Country to Country and an upcoming appearance at The Long Road festival. Now she’s back for her third trip in less than 12 months, supporting Josh Turner on his first ever UK tour.

Carrying her acoustic guitar, Wilson introduced herself in her typical self-deprecating style before launching into Workin’ Overtime, from her self-titled EP. The uptempo, rocky song saw Wilson throwing herself into the performance from the off, belting out the defiant lyrics as her powerful vocals filled the space. She hit a huge note at the end and the audience roared their approval as she finished with a rattling guitar flourish.

Wilson kept that sass and swagger going throughout her half-hour performance, with tracks like the atmospheric Rolling Stone, a tale of her decision to leave her small Louisiana town and move to Nashville which showed off her skills as a storyteller with soaring vocals and tons of detail, and Middle Finger with its tongue-in-cheek lyrics and twangy melody. Both songs showed off her distinctive husky vocals, with great depth and drawl, and it’s impossible not to find yourself feeling empowered watching her.

One thing which consistently strikes me about Wilson as a performer is how open and honest she is. As well as keeping the energy up throughout her set, between songs she told stories about her journey in music up to this point and cracked jokes about her grandma (who frankly sounds like the coolest person ever). She’s very good at putting an audience at ease and there’s something about her manner that’s incredibly likeable – the type of artist you want to go for a drink with and talk about life.

My highlight was Two Story House, a song Wilson wrote about her sister. It’s a moving, folk-influenced ballad which shows off the warmth and soul in her voice and I love how specific her lyrics are. Wilson encouraged the crowd to join in with her towards the end – which they happily did – and it was clear that her performance was coming from the heart. I also really liked Dirty Looks, which Wilson announced will be her first radio single in the US, with its 90s rock vibe, story of young love and huge chorus. She brought out her playful, sexy side on the song and it’s an interesting hint about where her music could be going in the future.

Wilson closed her set with Dreamcatcher, from her EP. Before playing the song she spoke very candidly about the story behind it and the idea of wanting to take away a loved one’s pain. Her low-key, stripped-back approach gave the song a huge impact, emphasising her smoky vocals, and I loved the clever lyrics, with ‘I’ll be the southern comfort in your bones’ being a particular standout.  The crowd burst into huge cheers as she hit the song’s massive final note and she looked visibly touched by their response.

Lainey Wilson gets better every time I see her, and last night was no exception. She has fantastic powerhouse vocals, great songwriting skills and a warm, relaxed stage presence that. I also really enjoy that she consistently switches her set up and it’s great to see her showing off so many different facets of her personality and sound. Bring on the album and a return trip to the UK soon!

See Lainey Wilson live in the UK this September: