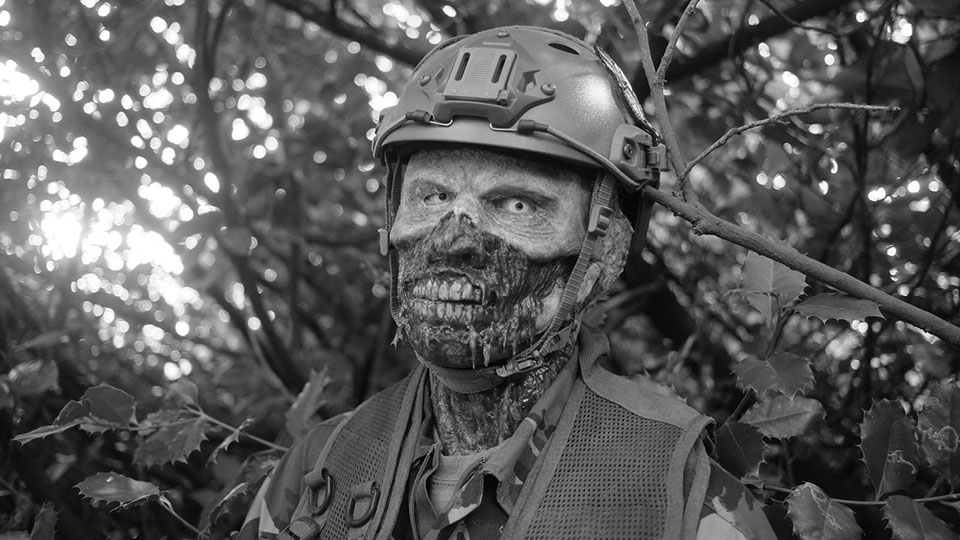 Friends and thieves Madison (Jessica-Jane Stafford), Gavin (Paul Danan), Parksy (Bradley Turner), Barry (Aurie Styla) and Alan (Haka Hussan) decide to pull off one last robbery but when it goes horribly wrong, they are forced to hideout in an old castle. Holed up in the grand building, the five start to experience spooky goings-on and they soon discover that the castle has plenty of secrets to uncover.

Are We Dead Yet? Is the directorial feature film debut of actor Fredi ‘Kruga’ Nwaka. Aiming more for comedy than horror, the film features a large cast with plenty of familiar faces popping up briefly along the way including the likes of rappers Professor Green and Lisa Maffia, and Hollyoaks star Fabrizio Santino. The premise is a fairly solid one and once the initial set-up is out of the way and the five leads reach the castle, the film starts to find its feet a bit.

Tonally Are We Dead Yet? is all over the place. It doesn’t lean into its comedy or horror elements enough so you’re left with something that doesn’t quite satisfy either. The overly large cast is problematic too as there are simply too many characters, which results in a lack of character development across the board. We never really get any sense of the kind of people the five leads are and that makes it hard to want to invest in them for a 94-minute film.

Nwaka clearly has plenty of ideas but his lack of experience means that he tries to put them all into the film rather than focusing on the stronger strands. What starts as a film about five thieves soon turns into a group of ghosts who are stuck in the castle and spend their days scaring people. The focus between the two stories switches too often with lengthy scenes concentrating on the ghosts, who are the less interesting.

Something else the film suffers from is a wild range of acting ability from the cast. You can forgive some of the shoddy performances from the extras but the main cast aren’t that great. Aurie Styla is head and shoulders above everyone else here, and his hilarious performance is one of the film’s saving graces. Paul Danan, best-known for his Hollyoaks days, is also solid. The rest of the cast, sadly just aren’t very strong.

Are We Dead Yet? is a perfectly watchable film but for me, the story was too muddled and it was too long. There’s so much going on in the film that it lacks focus and the huge cast of characters leaves no room for any to be developed. Nwaka’s direction is solid enough and parts of his script are sharp but the film could have done with another pair of eyes to streamline it and play more to its strengths.