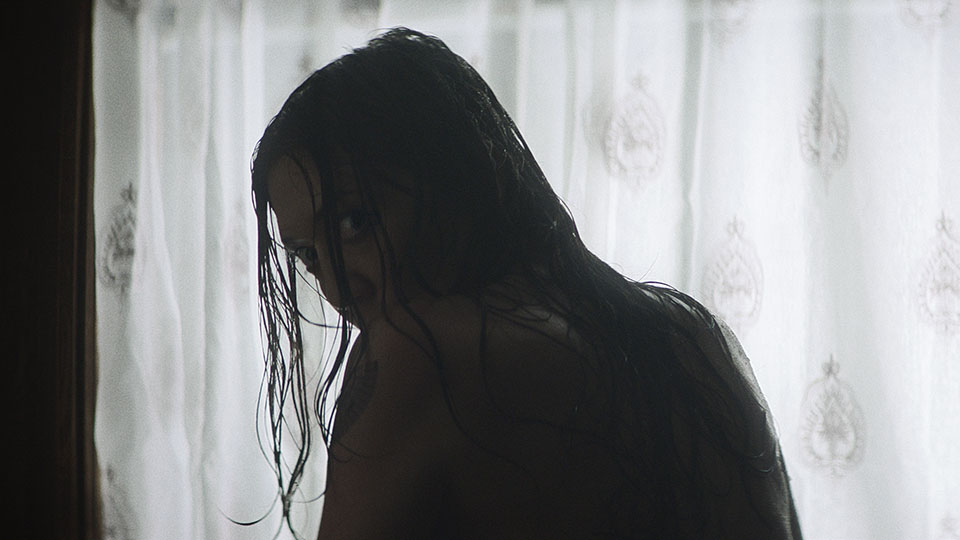 Teenager Ben (John-Paul Howard) is struggling with his parents impending divorce and his father Liam (Jamison Jones) dating another woman. Rather than facing up to the situation, Ben distracts himself with girls, parties and work until the behaviour of his neighbours becomes increasingly more bizarre. When their young son Nathan (Judah Abner Paul) asks Ben for help, the teenager starts to investigate and discovers that there’s something very sinister happening. The only problem is that no one believes him.

The Wretched is an American chiller from Brett and Drew T. Pierce and it’s without a doubt one of the scariest films to be shown at this year’s Arrow Video FrightFest. Taking inspiration from Alfred Hitchcock’s Rear Window, the film adds a horrifying dimension to that story and packs in more chills and thrills than you can shake a stick at. Following a shocking opening sequence, that combines mortal danger and children – two things guaranteed to scare and unsettle pretty much everyone – the film moves 35 years into the future.

Ben is despondent with his father, unwilling to face up to his parents’ divorce. He’s completely unaware that his friend Mallory (Piper Curda) has a crush on him and the strange behaviour of his neighbours soon leads to him becoming obsessed. Spending his days and nights watching the neighbours, Ben becomes convinced that they’re up to something and his fears seem to be confirmed when Ty (Kevin Bigley), the father of the family next door, claims he doesn’t have any children even though Ben knows his son Nathan.

John-Paul Howard is absolutely superb as Ben. He carries the majority of the film on his shoulders and he showcases himself to be an excellent and well-rounded actor. Over the course of the film he really gets to stretch his acting muscles proving to be adept at both drama and comedy. His performance here is a memorable and passionate one, and he’s an actor I’ll definitely be keeping an eye on in the future. Jamison Jones is also worthy of a mention as Ben’s oblivious dad Liam. He gives a solid performance too and comes into his own in the film’s second half.

What makes The Wretched so effective is the truly terrifying visual effects. The Pierce Brothers really know how to unsettle you and there are some truly scary moments. You might want to watch the film with a cushion or a blanket to hand so you can hide behind it when the tension rockets sky high.

The Wretched is a good old-fashioned style horror film that delivers plenty of scares. It’s a jumpy watch with great twists and turns, and a standout central performance from John-Paul Howard. Proving that there’s still life in the supernatural horror genre, The Wretched could very well give you nightmares and it’s a film I’ve not been able to stop thinking about since I saw it.