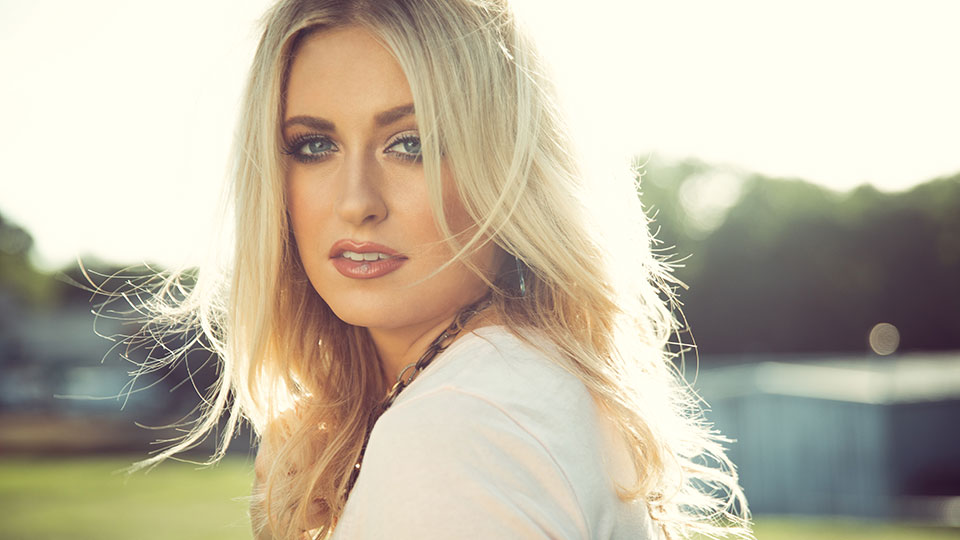 Rachel Wammack is a Country star on the rise and she’ll be making her first trip to the UK in October to perform as part of the Introducing Nashville tour.

The London date kicks off Country Music Week on Monday 21st October and it serves as the official launch party for C2C: Country to Country. Rachel will tour with Danielle Bradbery, Walker Hayes and Travis Denning as part of Introducing Nashville, giving her the chance to share her tracks with UK fans live for the first time.

I caught up with Rachel earlier this week to talk about her upcoming trip to the UK, discuss her powerful voice, and find out more about her love of tea…

I have to start by saying congratulations! You got married just over a week ago and here you are back on promo trail…

Yes. Thank you. I got back into Nashville Sunday night. I’m finishing unpacking and I’m excited to be back so I’m feeling refreshed. It was beautiful.

I have to ask you the question that everyone gets asked once they get married. Do you feel any different?

You might feel the same as me… it’s different but it’s also the same. Granted we’re now going to get back to living together and sharing household duties and things like that. Maybe once we get into that it’ll start feeling more different because we weren’t living together before. As far as life goes it’s just better. We’re just excited, we’re really inspired and ready to just start this life together and be each other’s team-mates. Was that how you felt?

From one milestone to another, now you’re married you’re about to make your first trip to the UK…

This is the first time. I’ve always wanted to go to London. It’s been on a bucket list travel place for me. It’s actually going to be our last destination on the CMA Introducing Nashville Songwriters Series. I think that’s gonna be really special that that’s my last destination. I’m really looking forward to…. I know tea is a big thing for y’all….

You’re probably going to laugh but at Starbucks here my favourite drink tea drink, definitely while I’m doing shows is called London Fog, and I was wondering if it had anything to do with living in London. Aside from the London Fog I’m excited to see what everyone’s favourite teas are and to try that.

You’re talking to an avid tea drinker and I’m a loyal P.G. Tips drinker. I’ll bring you a box to the CMA show…

I would love it. Oh my gosh. The London Fog is an earl grey tea and it has steamed milk in it. Is that a common thing for y’all?

Not really. Steamed milk has come over from America. We’re more concerned with arguing about if you put your milk in first or brew your tea for a few minutes and then add the milk…

I’m excited to try some (British tea). Thank you so much for offering!

Absolutely. You have to look after fellow tea drinkers!

Yes! (laughs) Any way enough about tea, I’m such a weirdo.

You’re not on your own, I’m obsessed with tea….

You’re the only person on the Introducing Nashville line-up that hasn’t been to the UK before. Danielle Bradbery and Walker Hayes have been a few times and Travis Denning was here in March for C2C. Are you going to ask any of them for any tips in preparation for your trip?

Yes. I’m honoured to be on the bill with each of them because I feel like I’m probably the newest up-and-coming artist and they’re so well-versed in performing, travelling and in their craft. It’s an honour to be on this bill with them and to get to travel with them and learn from them. I’m definitely going to be asking a lot of advice and I respect all of them so much. I’ve actually gotten to perform some radio shows with Danielle several times and she’s one of the greatest vocalists live that I’ve seen in country music, especially for her age and in her teeny tiny body. She has this amazing voice. Then Walker, he’s just like one of the greatest writers. He’s super clever and writes from so much true experience. It’s super inspiring.

Travis though, I haven’t met him and I haven’t gotten to see him perform so it’s going to be really exciting for me to get to hang around him and travel with him but also see him live because I’ve heard so many good things about his personality and his performing aesthetic. It’s gonna be really cool. I’m so excited for these writers’ rounds. It’s so like the Nashville way. In the UK they’re like a really intelligent listener, I guess you could say like. I feel like I’ve heard they’re not as rowdy of a crowd as Americans but they’re really deep listeners and they care about every lyric, they care about musicianship and they care about creatives a lot and really respect the craft. I think getting to be a part of this and it being somewhat of an intimate setting, everybody breaking it acoustically… I’m just really excited.

We also love a good vocalist here and that’s one of the reasons why I’m excited because you are a fantastic vocalist. I was listening to the acoustic version of Something People Say more recently and you’ve got such a powerful voice. Where did it come from and when did you know it existed?

Thank you so much. We just finished our mixed version of the produced version of Something People Say. It’s got a string quintet on there and it’s just really moving. Thank you again for complimenting the vocal because on that track that we released it was actually the demo vocal. I told them, ‘I don’t think I can hit that high note again the same so let’s just release the demo vocal’. They ended up playing it on The Highway and we ended up just releasing it everywhere. Even on our produced version we used the exact same vocal, we just added production. I think you’re really going to like it.

I don’t know how much you know but I grew up in Muscle Shoals Alabama, which is known for the blues soul music that was created, two minutes from my house in this little studio called Fame Studios where Aretha Franklin actually recorded and Etta James and Otis Redding and all of these great, great blues singers. I swear to you, I guess if I was English I would say, ‘I bloody believe’ (laughs), that it was in my blood to have a soul kind of a voice. I don’t think I started really pushing myself until I moved to Nashville. I always sang out in my hometown and I did some recording but my voice was always more raspy, more confined almost like a Norah Jones. On some of my tracks I try to pull back and have that. I listened to Adele a lot growing up and I think that was what I ended up taking a hold of more in Nashville because I started singing more and more and I loved getting to just sing it out and learning how to control that. It’s really satisfying as an artist to be able to just give it all I got and and work on my vocals so thank you for appreciating it and and noticing.

It’s one of the things I love about the Enough EP. I think the songs are relatable -they’re very powerful and they’re empowering to women and also to men – but your voice is the clear centre point of all of those songs. That’s what really draws me in and that’s what holds my attention…

Thank you. Other than Aretha and obviously Adele, I’ve always loved Carrie Underwood and she has a really huge voice. My two greatest are like Celine Dion and Whitney Houston. I think you’re right, all of them just draw you in with their vocal and so I think I’ve kind of always wanted to do that. Thank you. That means so much!

You mentioned that you have the produced version of Something People Say coming out. Are you working on an album or a new EP, or just releasing singles for the moment?

The produced version should be out this year, which is really exciting and then we’re just to kind of release songs one at a time for now and just see what people draw to the most. It’s a really exciting time to be releasing music because I feel like people are grasping on to what I’m doing and it means a lot. I’m excited for people to hear the music. I’m thankful for CMA and all the opportunities that they’ve given young artists like me, giving us a platform and allowing us to travel, because I know that y’alls area you’ll get to support the music as well. It’s a huge honour for me that y’all will get to hear the songs that are going to be coming out so I’m really excited. Thank you so much for this interview. I really appreciate it.

Rachel Wammack will perform as part of Introducing Nashville in October. The full dates are:

Tickets are available now from ticketmaster-uk.tm7559.net/WPxeG.

Rachel’s EP Enough and the acoustic version of Something People Say are available to download and stream now.