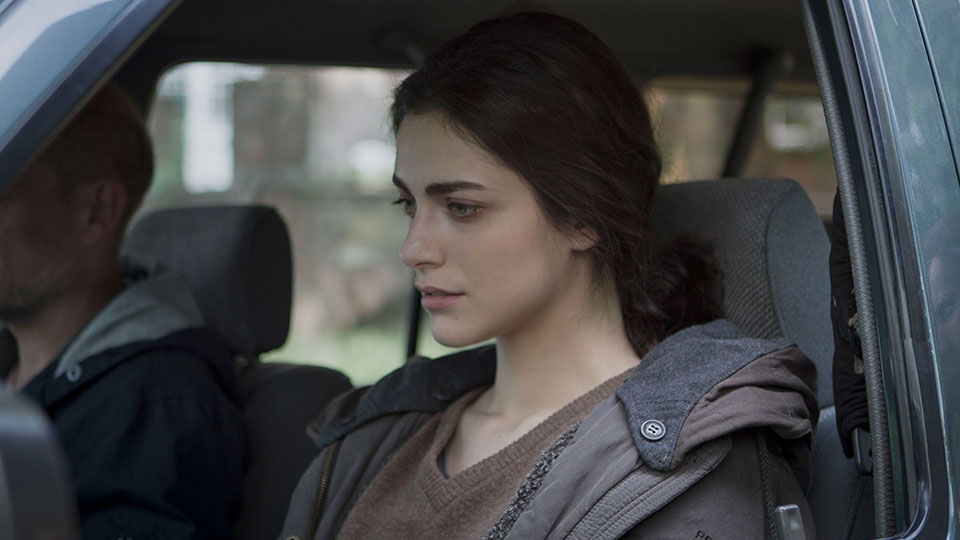 Whether it’s fast cars, the latest fashion trends or stunning architecture, most things that come out of Italy look beautiful. There must be something engrained into the Italian DNA that makes it impossible for our Italian friends to produce anything that’s not visually appealing. And Thou Shalt Not Kill (Non Uccidere in Italian) is no exception to the rule.

If you want to avoid all spoilers for Walter Presents: Thou Shalt Not Kill, stop reading this article now.

Starring another beautiful Italian export – a former Miss Italy, no less – in Miriam Leone as Valeria Ferro, Thou Shalt No Kill revolves around the death of a 15 year-old girl, Sara. Ferro is Head of the Homicide Squad in the Turin police force – a scarred woman with a complicated back story that is only hinted at in the opening episode. But we do see early on that she’s very much a feisty loner – shirking the proffered help from others, she prefers to work independently. And with good reason – she shows glimpses of almost Sherlock Holmes-like deduction skills at times when searching for the missing girl.

When Sara’s body is found in an area known as “Little Bucharest”, suspicion initially falls on the local Romanian immigrant community. But then secrets about Sara’s lifestyle (an affair with an older man) and hobbies (she was a talented diver, coached by her controlling father) point to others with perceived motives for doing her harm.

As I said, everything about this show looks fabulous on screen – even down to the opening credits, a kaleidoscope of images swirling about the screen, looking very much like a sequence from a 1970s psychedelic thriller. The camerawork is delightful – clever little touches that elevate this from run-of-the-mill entertainment into something with more gravitas. And then there’s Turin itself – an interesting choice for the setting. It’s not the most attractive of Italian cities – it’s quite stark and grey compared to the likes of Florence or Rome. But that darkness adds to the bleakness of the drama and it works well.

The plot is beguilingly crafted; and whilst there are some head-scratching moments – such as when Sara’s father goes on TV to appeal for his missing daughter, only for the TV host to reveal live on air that his daughter’s body has been found – for the most part the storyline is believable and engaging.

First broadcast in 2015 by Italian’s national broadcaster, RAI, season 2 has already been shown in Italy. Leone is a real find; better known as a TV presenter and model, her limited acting roles have already resulted in her winning the Best Actress Silver Award in Italy.

We’re all familiar with crime shows such as Inspector Montalbano and Gomorrah, which have firmly put Italy on the map for TV drama. Now you can add Thou Shalt Not Kill to that list.

Walter Presents: Thou Shalt Not Kill will receive a full linear run from 9th August on More4 with on-demand stacking on Walter Presents via All 4.