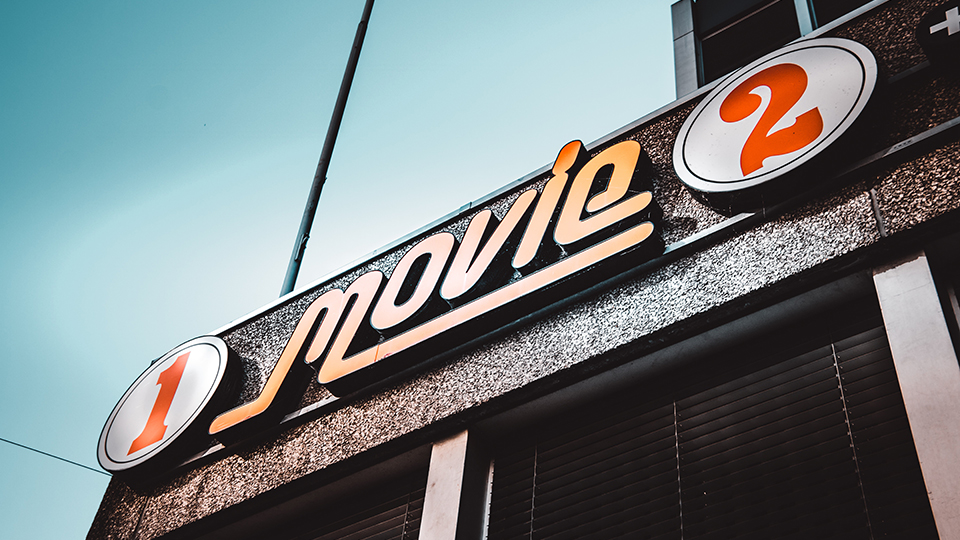 The future is here, but it doesn’t always look like we were promised.

While elements of the technological utopia promised by the likes of The Jetsons and Back To The Future haven’t arrived quite as promised (sentient robot household help is still a while off and hoverboards have been a comprehensive health and safety failure so far), there are some advances that have. It turns out the silvered metropolises pictured by filmmakers since Fritz Lang sometimes aren’t so very far from tech developments that have now come into common usage in our lifetimes. When you come across some classic films at outdoor screenings this summer you may spot some of them and realise how eerily accurate their predictions were.

The practicalities of bringing scientific developments into the realms of every day life mean that there can often be a disconnect between our idealistic dreams of futures filled with teleportation devices and flying cars, but there have been quite a few advancements making gadgets that seemed implausible even as recently as the 1980s into real life technology. In fact, film makers have been accurately predicting the future for decades…

Even just a few years ago, who would have guessed that everything from the lighting to the temperature in your home could be controlled remotely via your smartphone? Well, apparently the maker’s of 1984’s ‘Electric Dreams’ did. In the film, made when computing was in its infancy, the depiction of a PC controlling lights and locking doors was a fantastical threat – yet skip forward to modern times and we’re all happily controlling our amenities with Hive and FaceTiming the oven to tell it to cook that pizza for dinner. As the Internet of Things continues to grow, every appliance from your doorbell to your toaster is getting in on the act. Far from being perceived as a threat, most of us have embraced the convenience these solutions supply, even though only a relatively small proportion of homes are truly smarthomes. Still, this technology is only on the increase, and fears of malicious sentient appliances may not be quite as far-fetched as we think…

During the 70s, robot technology was just beginning to be further explored, with new applications for technology in health attracting lots of speculative thoughts. And that was shown in the film Sleeper, where Woody Allen playing a doctor, gains assistance from a computer which analyses the situation and gives directions during surgery. Although that has slightly mixed up the ways in which computer assistance is currently used – the surgeon tends to give the instructions, not the computer! – the use of robotic assistance to perform surgery at distance is now in operation, and the possibility of using nanobots to perform micro-repairs at an unbelievably small scale is now in the very near future.

The films in the Back To The Future franchise were great predictors of future technology, and although DeLorean’s sadly can’t time travel and, indeed, proved highly impractical and gimmicky even for driving on road, and while hoverboards still haven’t made a viable commercial appearance on our streets, on some matters they filmmakers were a little more exact. The McFly family wore computerised glasses in the film that are clear precursors to the likes of Oculus Rift and other wearable internet tech that is now available on the market – what a clever prediction!

This sci-fi classic starring Arnold Schwarzenegger had a plot centring around an escape to Mars. And while Martian life is still sadly a way off from being reality, one feature of the film has come into being – driverless cars. In the film, a service called Johnny Cabs transports people in autonomous vehicles guided by artificial intelligence. It may have seemed far fetched at the time, but driverless vehicles are now very much reality, with Google road testing the technology on real streets and autonomous cars now legal for road use for trials in three American states.

Stanley Kubrick’s classic film predicted so much future technology, in a very realistic way and the film is spookily accurate on a number of matters. The concept of space tourism may not have been a possibility in 2001, but in 2019 seats are being sold by Virgin Galactic in anticipation of near future commercial flights outside the earth’s atmosphere. In addition to this, as you dial up a friend on Skype via a free vpn you’re echoing some of the technology depicted in the film, where characters are shown using a version of VOIP calling to stay in contact, as well as using tablet computers to communicate.

Advertisement. Scroll to continue reading.
In this article:Technology