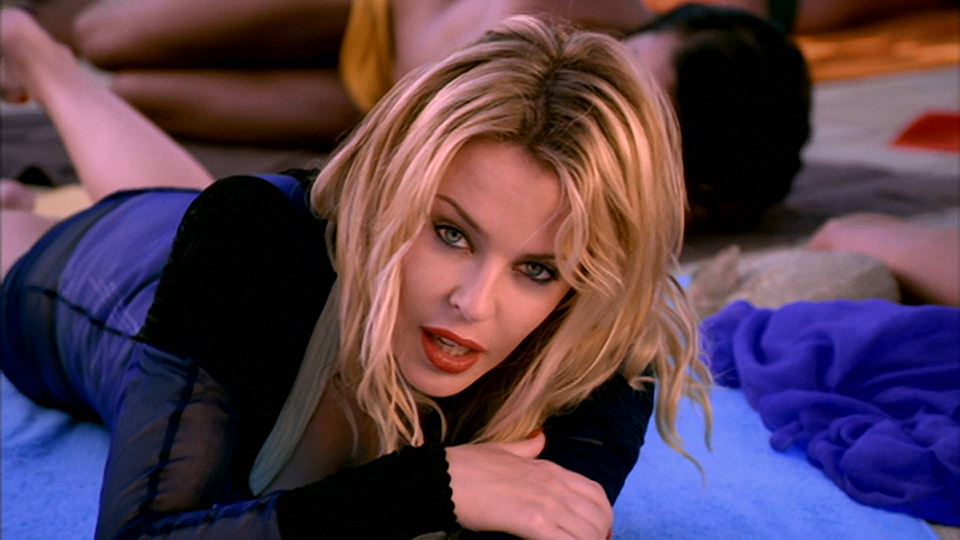 Australian pop Princess Kylie Minogue has been having a bit of a career resurgence over the last couple of years. Experiencing a dip in popularity with the release of her 2014 album Kiss Me Once, her lowest-selling album in the UK, Minogue returned strong with Golden in 2018, her first release for new label home BMG. While the album didn’t hit the heights of her previous releases, it became her best-selling album since 2010’s Aphrodite and was certified Gold. Off the back of that, Minogue has been able to tour extensively and last month she made her long-awaited appearance at Glastonbury taking the coveted legends slot. In a bit of canny marketing, reminiscent of when Dolly Parton performed at the iconic festival, Minogue has released Step Back in Time: The Definitive Collection.

Her fourth official Greatest Hits to date, Step Back in Time: The Definitive Collection is a 2-CD release that features 41 of Minogue’s hits and the new track New York City, which is buried as the 22nd track on Disc 1 (and honestly it’s not much to write home about). The first disc is front-loaded with some of Minogue’s most iconic hits including the classics Can’t Get You Out Of My Head, Spinning Around and Love at First Sight. For me, Dancing is shoe-horned far too early into the collection, but after it’s out of the way it’s a run of pop magic with In Your Eyes, Slow, All the Lovers and I Believe in You.

Much of Minogue’s early career features on Disc 2, which kicks off with Step Back in Time. It makes sense to group those songs together as they would jar next to the material she released from the mid-90s onwards when she became more experimental. Every Kylie fan has a soft spot for the early hits and there’s definitely a lot of joy to be had with songs such as Shocked, Give Me Just a Little More Time, Never Too Late and Je ne said pas pourquoi. It’s nice to see What Kind of Fool (Heard It All Before) get an outing on a greatest hits release too after being omitted from Ultimate Kylie and 2012’s The Best of Kylie Minogue.

Not every single one of Minogue’s singles feature here. All of the songs from the Kiss Me Once era have been skipped over and the underrated 1998 album Impossible Princess gets one look-in with Breathe (why is there never any love for Some Kind of Bliss or Did It Again?). Honestly though, only die-hard fans are likely to notice that those tracks are missing so it’s not a big deal.

The slight disappointment about the release is that the standard digipack version lacks the usual Kylie flair. The booklet includes no photos of the singer, aside from the album’s cover image, and just feels a bit lacking. Even the message from Kylie at the back of the booklet is short and a little underwhelming. There is a deluxe hardback version that features some of the single covers but compared to 2004’s Ultimate Kylie, it feels a little bit cheap.

Step Back in Time: The Definitive Collection will likely build on the current wave of love for Kylie that’s sweeping the UK. The album has already shot straight into the charts at number one and it’ll likely continue to sell well from now until Christmas. There’s no faulting Minogue’s catalogue of hits and this collection will hit the casual Kylie fan but those of us who’ve been with her since the start might feel just that little bit underwhelmed with the lack of added extras.