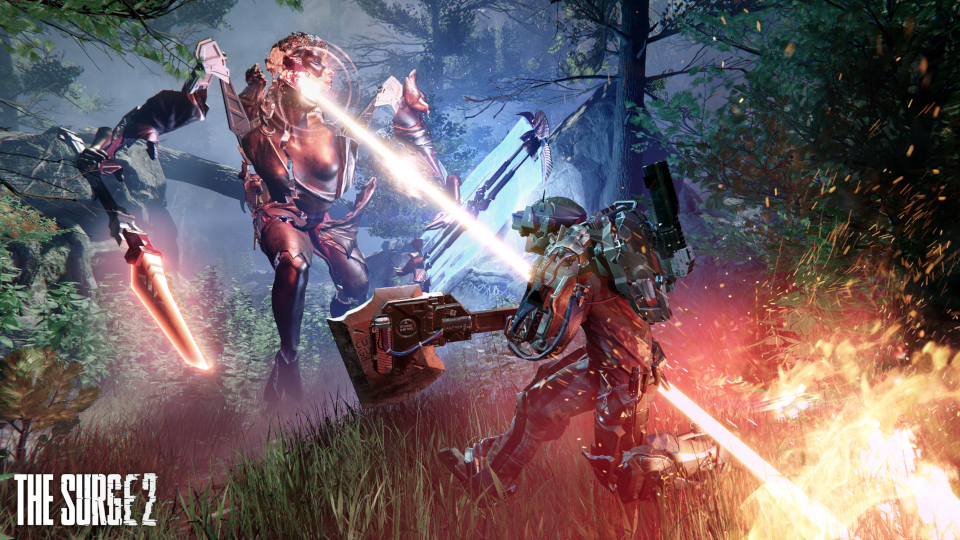 The Surge, when it released in 2017, was a new take on the Soulsbourne genre. Brutal difficulty and an emphasis on player exploration made it a bit of a cult hit but for me, it was lacking something that could have elevated it to greatness. Hopefully, The Surge 2 will be a more fleshed out version of what The Surge could have been.

The Surge 2 is due for release on 24th September and Deck13 have just shown off a new cinematic trailer at E3 featuring a soundtrack by The Prodigy.

The trailer certainly shows off a more interesting game world than what was on offer in The Surge and things look to be shaping up nicely.

Here’s what Deck13 and Focus Home Interactive have to say about The Surge 2:

“The Surge 2 keeps what fans and critics loved about the original – hardcore combat utilizing a unique, dynamic limb targeting system and deep character progression – while also expanding greatly upon the formula. The Surge 2 takes place in a brand new environment: a sprawling, devastated city with larger and more ambitious level design, made possible by Deck13’s upgraded and improved engine. Combat is more brutal and tactical than ever, with even more options thanks to an expanded limb targeting system. In addition, more abilities, weapons, implants, and drones give players a vast arsenal to build their character with, in their fight against the array of diverse new enemies and bosses. ”

The Surge 2 is available for pre-order now.

View some screenshots from The Surge 2 in our gallery: