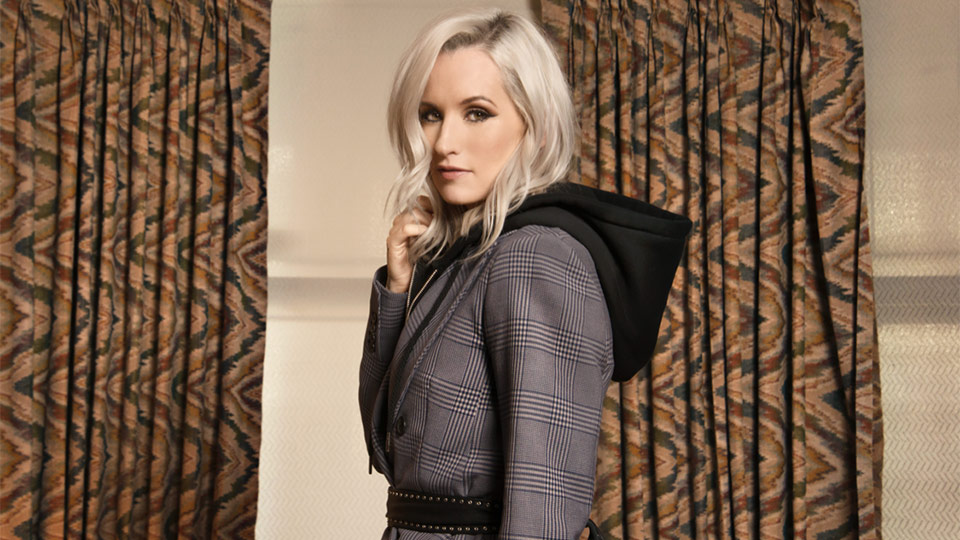 The collection is inspired by Stranger Things and is a collection of 80s-tinged synth-pop tracks. Take a listen to lead single Missing You below:

Missing You is inspired by the love triangle between Nancy, Jonathan and Steve on the hit series, which debuts its third season on 4th July. The song has had over a million streams already.

Second single Jealous, co-written with Casey Smith (Jonas Brothers), Jason Evigan (Maroon 5), Cook Classics (Beyonce) and Gian Stone, is a snapshot of the moment Eleven uses her supernatural powers to trip a girl who’s talking to Mike, the object of her affections.

“She immediately feels bad because that’s not who she is,” says Ingrid. “That’s an interesting concept: I do bad things when I’m jealous.”

Stranger Songs came to life after Michaelson’s Christmas Lights in 2017, which was a poem based upon the relationship between Joyce Byers and her son Will.

As Michaelson explains, “I’ve already made seven records, I have a lot to say. But I’ve said it so much from the brain and mind and soul of Ingrid Michaelson. I wanted to create something through a different lens.

There’s something about ‘Stranger Things’ that’s really comforting, it brings me back to my childhood. It’s the best kind of escapism and I find myself seeking that now more than ever. I took inspiration from the show and the characters and all these ideas started to come to me. Every song on the record includes a reference from the show, some more specific than others, but all of the themes are universal.”

Stranger Songs is available to pre-order from https://orcd.co/stranger_songs and will be released on Ingrid’s own independent label, Cabin 24 Records.