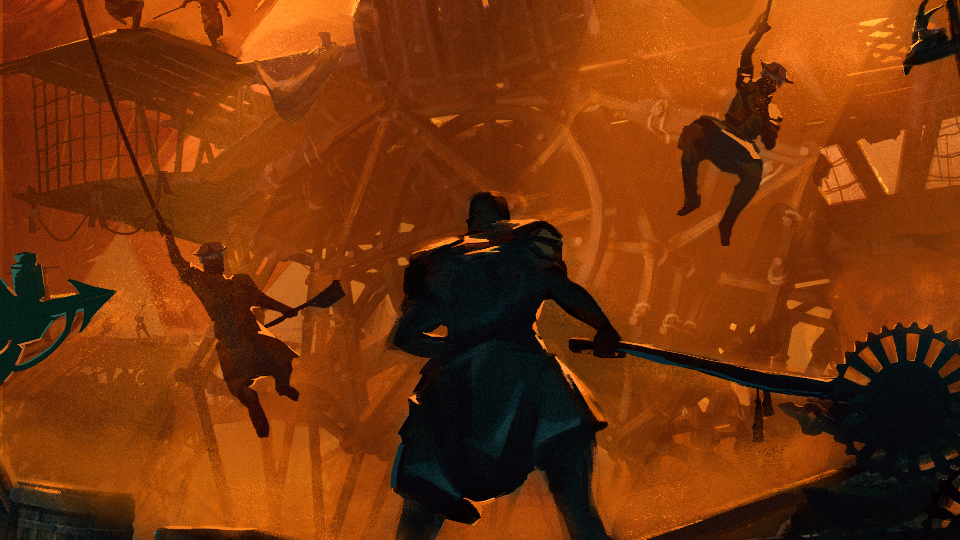 Independent developers, Donkey Crew, have revealed the Early Access release date for Last Oasis in a stunning new trailer unveiled at the PC Gaming Show at E3. The trailer also teases new features and gives players a taste of what happens when two rival clans meet walker to walker in the harsh open desert. Last Oasis will be entering Steam Early Access on 3rd September.

Set on Earth thousands of years in the future, Last Oasis sees warring clans clash over resources, territory and alliances in an unforgiving new world. A cataclysmic event has halted the Earth’s rotation and destroyed the moon, leaving the planet split into two extreme and inhospitable environments. The side that faces the sun is an arid wasteland. The other has been thrown into eternal ice and darkness.

The only habitable area a small strip of land between desert and ice, moving slowly as the Earth rotates around the sun. A day now lasts a year and in order to survive, the remnants of humanity have built a large walking city, Flotilla, which they must keep moving to survive. Every day, Flotilla sends willing and unwilling nomads into the passing Oases to gather necessary resources to keep the city walking. Not many return alive.

In the game players take on the role of the unwilling chosen nomads from Flotilla. They must gather resources and build Walkers; upgradable, spider-like, woodpunk machines required for world travelling, combat, building and harvesting.

A full list of features and the latest updates from the development team can be found on the official Steam page where players can add Last Oasis to their wishlists.

View some Last Oasis screenshots in our gallery: