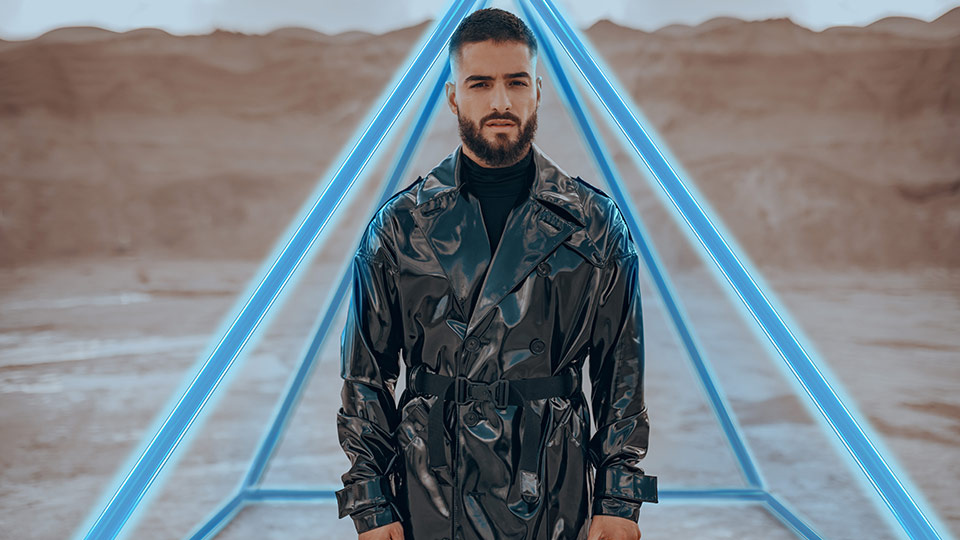 Colombian singer Maluma is a pretty big deal in South America and across Europe. The 25-year-old has built himself a fervent fanbase and has been impressively prolific since bursting onto the Latin music scene in 2012 with his debut album Magia. The release of his second album Pretty Boy, Dirty Boy in 2015 saw him go from rising star to breakout star and 2018’s F.A.M.E. turned him into a superstar. He’s collaborated with the likes of Ricky Martin, Marc Anthony and Madonna, recording three tracks to date with the latter, and he’s the biggest star Latin music has seen in quite some time. Keeping up momentum, Maluma recently released fourth album 11:11.

If F.A.M.E. was the album that turned him into a superstar in South America, then 11:11 is the album that’s going to take him even further across the world. With all eyes on Maluma thanks to his collaboration with Madonna on Medellín and Latin music starting to make inroads once again in English-speaking countries, the singer has picked the perfect time to drop his strongest body of work to date. Lead single HP, which means Son of a Bitch, has been a huge hit on the Latin charts and it’s the perfect showcase for Maluma’s talents. It has a strong reggaeton rhythm with Maluma alternating between soulful vocals and rapping.

The majority of 11:11 is uptempo and there are plenty of guest stars along the way. Ricky Martin, whom Maluma has worked with before, features on the early highlight No Se Me Quita (loosely translated means I Don’t Take Off) and the tropical beats are in full force. It’s a catchy track and one that demands to be turned up loud. Ozuna lends his distinctive vocals to the midtempo Dispuesto (Ready) giving Maluma a softer almost house-like late-night groove. Tu Vecina (Your Neighbour) enlists US star Ty Dolla $ign and is one of the rare moments on the album where Maluma sings in both English and Spanish, suggesting he may have his eye on a crossover hit.

11:11 features Maluma’s second collaboration with Madonna following their hit Medellín. The song features harder beats that most of the other tracks with Madonna bringing her current obsession with auto-tune to the track. The playful track has drawn some criticism due to the flirty nature of the lyrics but for me it’s a solid summer jam and possibly even better than Medellín.

Of the tracks where Maluma takes all the spotlight, free from guest stars, opener 11 PM is a gorgeous blend of Latin melodies and R&B as Maluma tries to convince a girl that she’d be better off with him. Te Quiero (I Love You) is an unexpected traditional Salsa moment that recalls Marc Anthony in his prime and Me Enamoré de Ti (I Fall In Love With You) is about falling hopelessly in love with someone. Dinero Tiene Cualquiera is the one ballad on the record and it’s like a continuation of F.A.M.E. standout Marinero, showcasing Maluma’s vocals away from the heavier production and free from rapping.

The album comes to a close with Déjale Saber (Let Him Know), a mid-tempo beat-driven song that tells a woman to leave her no-good cheating man with Maluma asking her to fall in love with him instead. He has the charisma and charm to carry that kind of song off and it’s a perfect end to the record.

With 11:11 Maluma will continue to lead the Latin music charts. It’s his most cohesive body of work to date and the beat barely drops over the 16 tracks. 11:11 showcases every side of Maluma cementing him as one of the biggest stars in the genre right now. When you see him live, you understand why he has such a big and passionate fanbase. There’s just something about him that’s magnetic and he’s a performer of the kind we haven’t seen in a very long time. It would have been easy for him to record the inevitable English-language crossover album, and it may come down the line, but for now Maluma continues to call his own shots and he’s making the music he wants to make.

In this article:Madonna, Maluma, Ricky Martin