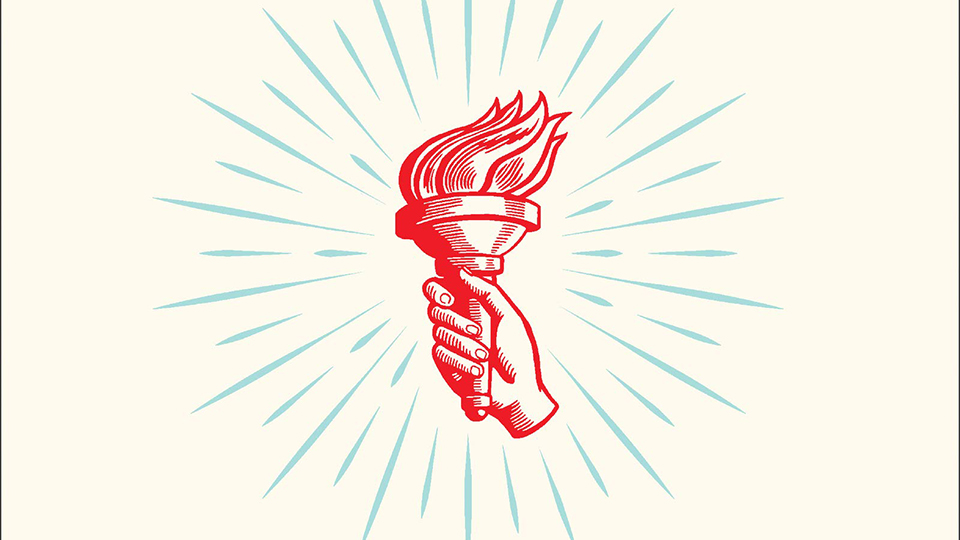 Ben Shapiro is one of the best-known and most influential conservative commentators in America. A regular on the chat show circuit, Shapiro is also editor of his own Daily Wire website, with accompanying daily political commentary for his substantial YouTube/podcast following. All of this helps him to speak to a wide audience. The Right Side of History is his latest book, and in it, he sets out to explain what contributed to the success of western civilisation, and what now threatens the societies that have been built in the west. Or, as he succinctly puts it: why are things so good? Why are we blowing it?

The aim of the book is audacious, and although Shapiro’s highly readable commentary is laser-focussed on answering the twin mysteries, its relatively short length (just over two hundred pages) necessarily means that the end result is a race through ideas that have shaped the West, rather than a forensic examination. Nevertheless, the references are impressive in their scope, and plenty of quotations from influential thinkers pepper the prose throughout.

There are other books that have attempted a similar objective. Perhaps the best-known is Bertrand Russell’s A History of Western Philosophy, though the great British intellect came from a non-religious worldview, whereas embedded into Shapiro’s narrative is the critical importance of the Judeo-Christian heritage to both the west’s history and future. Having said that, Shapiro also gives weight to the culture of the Ancient Athenians, and explains how concepts such as democracy arose, deftly outlining how counterintuitive were the notions that we take for granted as part of the bedrock of our societies.

The picture Shapiro paints is convincing but feels incomplete. Although he’s right to say, for example, that there are constant threats to western civilisation and we are in danger of losing everything our ancestors created, seeing this as entirely attributable to the rise of Marxist ideologies and fall of traditional Judeo-Christian beliefs is overly-simplistic. He has little to say on the influence of technology and the digital revolution on how families interact, and how parents pass ideas on to their children and support their learning. Or indeed, the malign influence of social media on public discourse that has greatly exacerbated grievance-based politics. There’s a lack of balance too in not reflecting that the child abuse scandal in the Catholic Church has greatly exacerbated the waning of its power and influence in many European countries as well as in the US. There’s debate to be had about how best to put something in its place, but organised religion is not always a faultless victim of atheistic leftist purges, or the only and obvious solution to societal problems.

The overall message of The Right Side of History is that there is an absence of conversation about how to live with competing world views, and it’s in arguing these points that the author is at his most erudite and persuasive. Shapiro is much more astute at recognising problems than positing solutions, and the conclusion, although a touching call to instil values worth preserving in the next generation, is only a few pages in length. Perhaps this speaks to Shapiro’s merits: he writes with a flair for language and skill at communicating complex ideas simply to a wide audiences. In that sense, his latest book plays to his strengths. Amongst the busy landscape of discussions, the odd error creeps in (the non-word ‘adaption’ appears in a section on Darwinian biology, in place of ‘adaptation’), but the fast pace of the narrative ensures these moments don’t distract for long.

For young and inquiring minds looking to push back against censorship culture and the twin beasts of gender and identity politics, The Right Side of History will prove a fantastic read, and it’s that audience in particular who will find that the book resonates with them and provides them with succour. Learning the basics of the horrors of the French Revolution, Nazism and Communism can never start too soon, and there are countless references to great minds from all corners of the sphere and political world, from Dostoevsky to Hobbes, through to Thomas Aquinas and Kierkegaard. If you don’t know where to start in unpacking the history of ideas that has led civilisation to where it is now, then The Right Side of History is a helpful and highly readable summary, and a springboard to discovering the great works from the influencers of yesteryear.

In this article:Ben Shapiro, Broadside Books, The Right Side of History