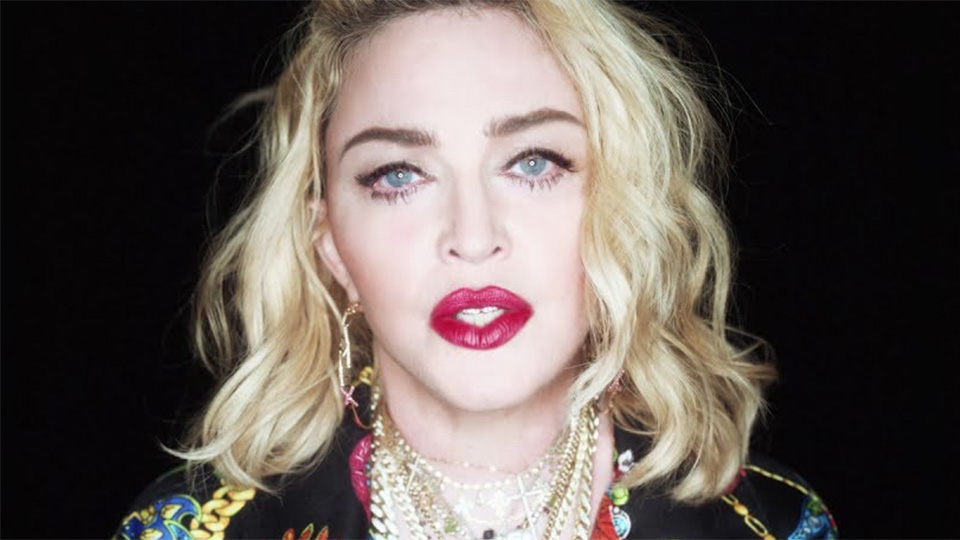 Madonna is moving on from her Eurovision Song Contest controversy with the debut of her Crave music video featuring Swae Lee.

One of the songs already released from her upcoming album Madame X, arriving on 14th June, Crave is a stark contrast to the Latin rhythms of lead single Medellín featuring Maluma. Watch the video below:

In the mostly black-and-white clip, Madonna and Swae Lee are seen separately on a roof top in New York, performing in an underground parking garage, and releasing pigeons. The two come together at the very end and Madonna is sporting her Madame X eye-patch throughout the clip. It was directed by Nuno Xico.

Madonna is in the midst of announcing the dates for her intimate Madame X World Tour, which will visit theatres across the globe. Earlier this week she added 6 dates to her London leg at The London Palladium bringing her show total at the venue to 12.

One more song, Dark Ballet, will be released from Madame X ahead of the album release. This will arrive on 7th June 2019 but we’re sure Madonna has some more surprises up her sleeve before then.

In this article:Madonna, Swae Lee