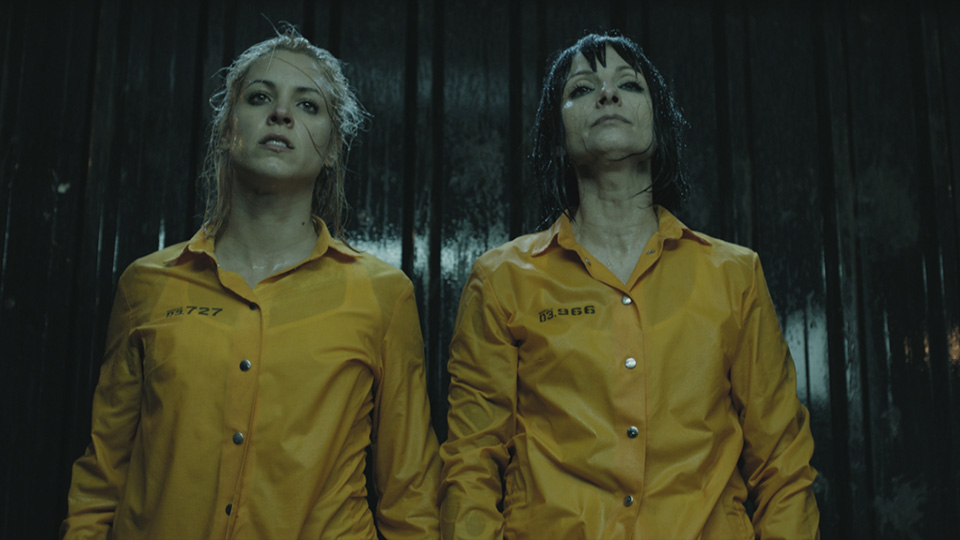 If you’ve not had the pleasure of Locked Up before and are expecting nothing more than a subtitled version of Within These Walls or Prisoner Cell Block H, you’re in for a big surprise.

If you want to avoid spoilers for Walter Presents: Locked Up, stop reading this article now.

This is violent – brutally so – and very graphic in its portrayal of life in a women’s prison. But utterly brilliant at the same time. It’s dark with a constant air of threat and menace running through it. I love it.

We’re into season 3 (a fourth season is in production) of this record-breaking Spanish drama (Vis a Vis in its native language) and Macarena Ferreiro (played by the relative unknown Maggie Civantos, who has won numerous awards in Spain for her portrayal of Macarena) is back to cause havoc in a new jail. She’s joined by many of her previous jailbird buddies, including her arch-nemesis Zulema (Najwa Nimri) who she very nearly killed in the previous season. But this time around, despite some initial sparring, they have a common enemy – the Chinese inmates who rule the roost. When the Spanish girls get disgusting slop for breakfast, the Chinese girls are eating salmon that wouldn’t look out of place in a gourmet restaurant. The resentment is brewing, and you just know this isn’t going to end well.

The screws (sorry – harking back to my Porridge days!) aren’t much better either. They’re corrupt, bullying individuals who are having affairs with each other and with the inmates. In this establishment, the officers get to swan around on Segways – although one officer at the end of this first episode probably wishes he’d walked instead.

There are multiple threads to the storyline many of which follow on from the previous season, but you don’t need to have seen the earlier episodes to fully enjoy the show – it’s a wonderful journey whether you’ve been there for the previous seasons or not. The acting is strong throughout, the characters engaging and believable, the script is fast-paced and captivating, and it looks beautiful on screen with some creative and imaginative camerawork.

Walter Presents consistently gives us great foreign dramas to enjoy and binge on; Locked Up has established itself as a firm favourite since it graced our screens. I can’t wait to see how the rest of season three develops. Now you just need to settle down in your bunk and watch it. Lights out!

Walter Presents: Locked Up season 3 airs on Channel 4 on 19th May at 11.15pm, and the full season is available via All 4 immediately after transmission of first episode.

In this article:Locked Up, Walter Presents