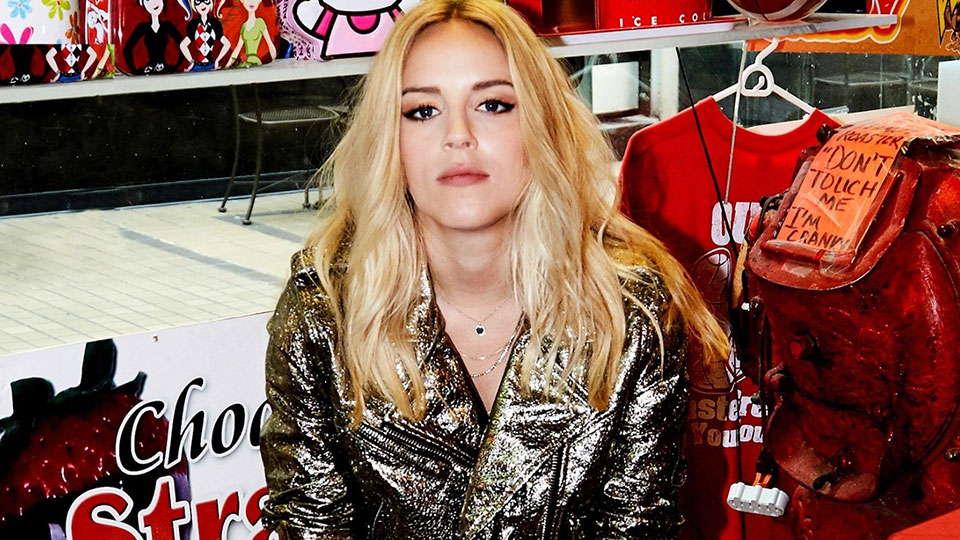 Originally from Knoxville, Tennessee, singer-songwriter Logan Brill is no stranger to the UK, having performed at Country to Country and appeared at Country Music Week. She’s also toured with the likes of Lee Brice, Gary Allan and Sarah Evans and performed with Vince Gill at the Grand Ole Opry. Now she’s back over here as part of the CMT Next Women Of Country tour, performing alongside Twinnie and Cassadee Pope, on a five-night run including a show last night at the O2 Academy Islington in London.

Accompanied by guitarist Joel, Brill opened her acoustic set with her latest release, Roll. The song took on a rockier feel compared to the recorded version and it was a good showcase for the bluesy tones in her voice, as well as the depth and richness. She also had a good sense of control throughout and I liked the playful, tongue-in-cheek lyrics. As she finished the song the audience cheered, clapped and whistled, setting the tone for the rest of the set.

One thing which surprised me about Brill’s performance was her skill as a lyricist. The uptempo Good Story, with its twangy melody, quick delivery and singalong chorus, had some great storytelling – almost teasing with its snippets of various past exploits – and the bittersweet Giving Up was packed full of great details that built up the picture of frustration over a relationship. Meanwhile, new song Morning Glory took the set in a different direction with its funky groove, soaring chorus and anthemic bridge. She also came across as friendly and chatty on stage, telling stories about how much she was enjoying the tour and her approach to songwriting, as well as frequently cracking jokes and encouraging the audience to sing and clap along.

For me the slower songs were definitely the highlights. The stripped-back approach to Better Off Strangers put the emphasis firmly on Brill’s vocals, which were by turns sweet and breathy but also tremendously powerful. You could feel the raw anguish in her voice and it was a very moving moment in the set. She then followed that with a seemingly effortless a capella rendition of I Can’t Make You Love Me (which drew huge cheers from the crowd) before moving into Break Each Other’s Hearts. The emotional song had some great homages to classic country songs in the lyrics and showed off the belt in Brill’s voice as she hit some huge notes.

Brill closed her set with Walk Of Shame, which she introduced with a story about its unofficial UK title, ‘the stride of pride’, after a UK fan told her so at C2C. For me the song really summed up her performance with its defiant lyrics, rocky elements from the guitar, vivid imagery and smooth, honeyed vocals. The audience burst into cheers and applause as the song drew to a close and it was clear they’d warmed to her a lot.

Overall I enjoyed Logan Brill’s performance and felt she did a good job warming up the crowd for Twinnie and Cassadee Pope. She’s got a great voice with some fantastic bluesy, soulful touches and knows when to hold back and to let go, as well as being a good lyricist and warm and engaging on stage. For me the set was a little slow in places, but I’m definitely keen to hear more from her in the future and based on last night’s audience reaction it shouldn’t be long before she’s back over here.

Advertisement. Scroll to continue reading.
In this article:CMT Next Women Of Country, Logan Brill