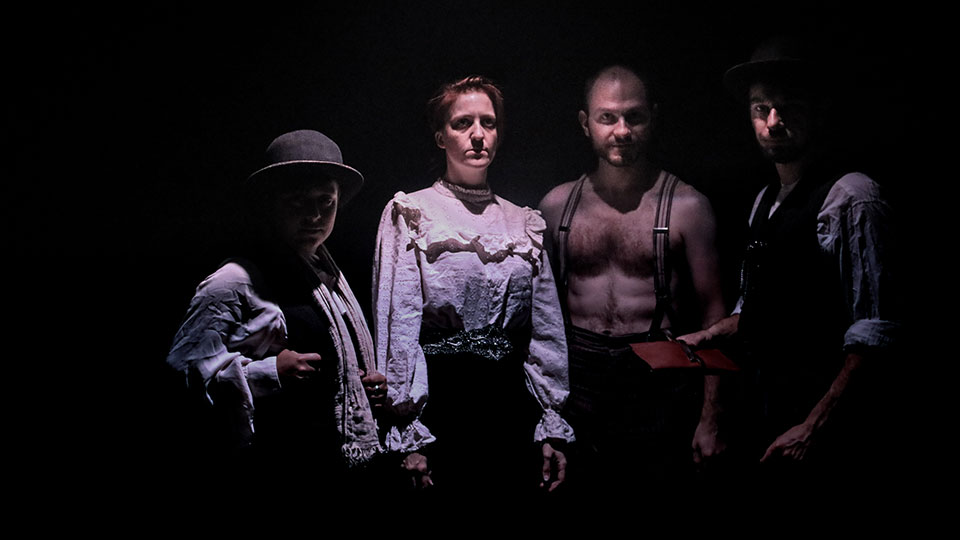 The Swell Mob, London’s latest immersive theatre experience at COLAB Factory throws you into the Victorian underworlds as you walk right into an 1840s tavern, surrounded by gamblers, tricksters, and wrestlers. It’s different, unique and an immensely impressive feat that is definitely worth a trip.

Started by Flabbergast Theatre at the Edinburgh Fringe, The Swell Mob allows you to suberge yourself in the delights of an 1840s taproom. Along with the rest of the audience members, normally around 20 people, you are taken through the story, with every action you take having an impact on how the story plays out. This is one of the best elements of it, providing the exciting opportunity for the audience to really feel not just a part of the show, but an influential part of the story. Making a deal with one character and breaking it could be the detriment of the story, but make a deal with the right person, and follow the clues in the right direction, and you might just end up the hero.

As you enter into the tavern you are provided with a few gold coins, which you can spend, gamble or trade as you wander through. The characters you meet are exceptionally well played, and you truly believe the world you have entered. Everything about the setting, and the ability of the actors to not break character is remarkable and creates an atmosphere of excitement and mystery. You’re truly given the opportunity to roam this world freely, finding secret passages lit by candles, following secret clues, and taking on different tasks as you barter with the characters.

You sing, you might dance, you can drink, and most of all you try and figure out what the hell is going on in this place. The only downside is it feels slightly too short with a running time of only an hour and fifteen minutes, leaving you wishing you had more time with the characters and to experience all of the different aspects of the world they have created. There are so many different passages to explore, clues to read and people to talk to, and in an hour and a half there just is not enough time to feel satisfied you’ve explored the entire show. Potentially this is to make you want to go back and find out more, following the clues you didn’t get enough time to solve, but another half hour could make a huge difference.

It’s also quite hard to figure out how to enter the building when you arrive – there is no sign saying ‘The Swell Mob’ and until other people showed up in their 1840s garm I started to doubt so learn from my mistakes and make sure to wait outside the door that says 74 over it- someone will come and greet you at precisely the time your showing is meant to begin. Be prepared to truly engage with the story, to make the most of it you truly need to start exploring right from the start.

Dressing up is a must- it definitely enhances the experience. Go as Victorian as you can, but a nice funky pair of trousers will definitely do the trick. As you sip your spiced rum or bathtub gin from a large silver tankard and dance along to the accordion you get to spend time completely in another era and another world, and honestly what’s not to love about that.

In this article:Flabbergast Theatre, The Swell Mob