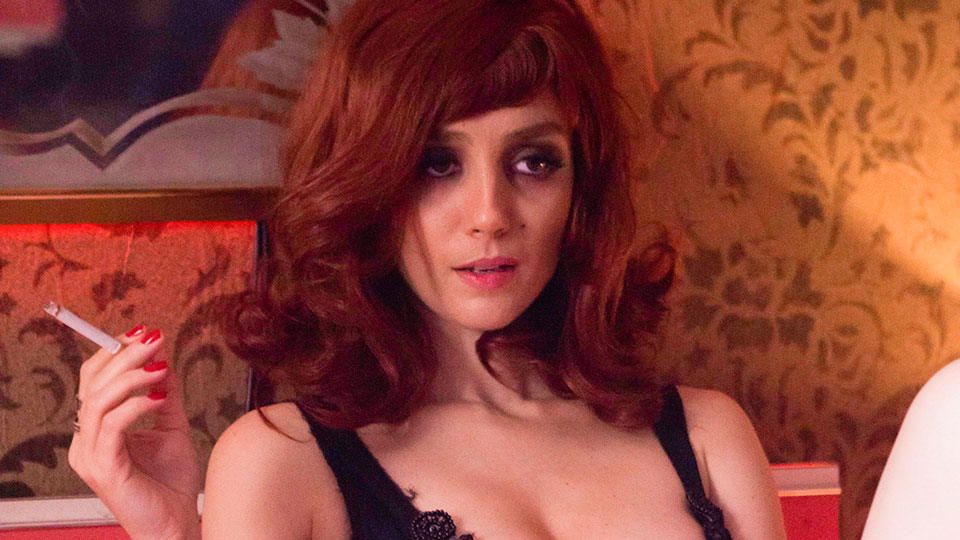 Walter Presents is bringing series 2 of the critically acclaimed and award-winning Magnifica 70 to All 4 this Friday.

I caught up with Simone to find out more about the new series, discuss her character Dora, and talk about the Brazilian film industry.

Dora is a strong female character; sexy, flawed and vulnerable, but also cunning and manipulative. Did you enjoy playing such an interesting role, and was it a challenge playing someone with such intensity?

It was a wonderful challenge. Dora is a trickster who accidentally discovers an artist’s soul. She falls in love with cinema, she could have been an actress, but it is impossible by now, her past deeds are not letting go of her. She killed a man, and even if she did it to save her lover, she cannot overcome the guilt, that becomes an obsession.

The film captures the feel of the 1970s perfectly; it has the authentic look and colour palate of that era. As an actor, are you aware of the time-frame of the film?

Yes… but beside the series being in the 1970s, to create Dora I was more interested in cartoon characters, for instance Alejandro Jodorovsky’s Angel Claws inspired me very much. Dora is a woman who suffers from many forms of abuse during her trajectory but eventually turns into some sort of spiritual character, sacrificing herself in the end. At the same time, the situation of Brazil in the 1970s is a mirror for the present, with the new censorship taking many forms that go from severe funds cutting to outright bans of ads and plays.

We in the UK are just starting series 2, but series 3 has been shown in Brazil, I believe – will there be a fourth series?

There are three series. Beginning, middle and end.

According to Wikipedia you enjoy classical ballet. Were you trained in classical dance, or is it just a hobby? And would you one day like to do a TV dance show like Strictly Come Dancing or Dancing With The Stars?

I started ballet classico when I was six years old and for years I wanted to be a dancer. I began to do theatre classes only because my dance teacher told me that to be a dancer I needed to be an actress too. I never thought in being in a show such as these and I know they require a lot of training. Could be fun, though.

You played Elvis is the cult-classic film Elvis And Madonna, about the relationship between a lesbian pizza delivery girl and a transvestite. Was that a fun movie to make?

I had lots of fun doing this film. The character required a transformation for me and it was really interesting to create Elvis. When Elvis kissed Madonna I felt that my brain was expanded.

It would be: in more recent years there’s been a flourish of great independent films, such as Temporada and Los Silencios, and there will be four Brazilian films in Cannes this year. But one of the first things that the new government did was to freeze entirely Ancine (Agência Nacional do Cinema) and dismantle the Ministry of Culture! Among other things. As a result, a lot of projects are paralyzed.

What next for you? Are there any other series or films in the pipeline that we can look forward to?

Last year I acted in a Ruy Guerra’s film, one of the masters of Cinema Novo, and now I’m preparing to shoot a film inspired in a Clarice Lispector’s novel called The Book of Delights, directed by Marcela Lordy. For what concerns Brazil – but I live in London now, where I’m working on several personal projects while preparing for the new challenge of acting in English.

Walter Presents: Magnifica 70, the full boxset, will be available to stream exclusively via All 4 from the 3rd May.