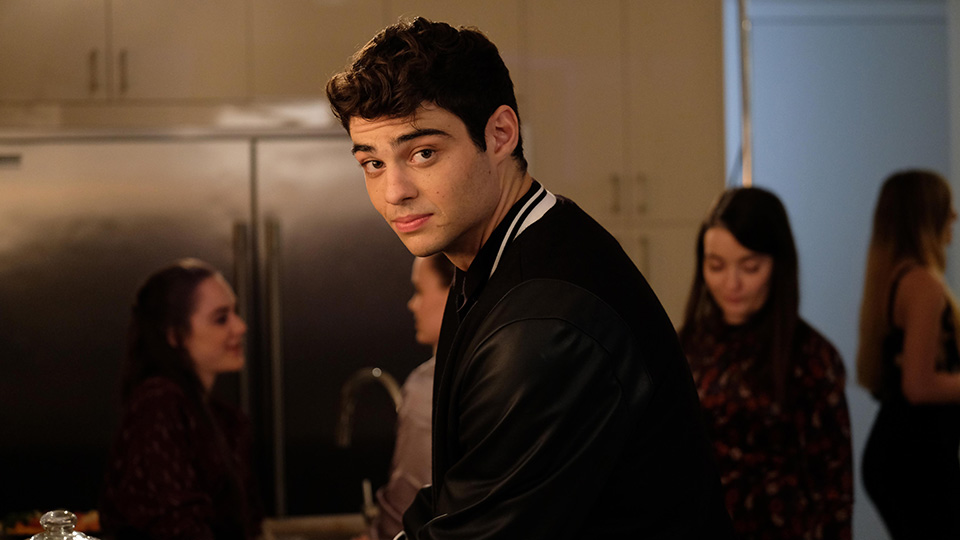 Netflix’s latest Rom-com The Perfect Date is the kind of movie you put on because you think it looks fine, a bit fun, but mainly just some easy watching on a Friday night. And it is. But underneath it all, and some of its more uncomfortable elements, it makes an interesting and unexpected commentary on the unaffordability of college for the average American student and both the financial and moral sacrifice it can take to get in. Oddly perfect for our current climate of university admissions fraud trials.

If you want to avoid all spoilers for The Perfect Date, stop reading this article now.

In his bid to afford Yale, High School Senior Brook Rattigan (Noah Centineo, To all the boys I’ve loved before) realises he can charge girls money in order for him to attend events with them. Calling himself ‘the stand in’, Brook goes on date after date, becoming a tennis doubles partner, a rodeo cowboy, or a dickhead boyfriend. Along the way, he befriends Celia Lieberman (Laura Marano, Austin and Ally), a girl from a privileged background, when her parents pay for Brook to take her to prom.

Whilst the plot is incredibly predictable and the characters at times quite weak, Brook’s struggle to afford his dream school, and indeed to even be considered by them, is an insight into how inaccessible some of the best American schools are. Brook is clearly very smart, charismatic and dedicated to his schoolwork, but is forced to work not only a part-time job at a sandwich shop, but to sell himself as a teen escort. This is in stark contrast to Celia, whose privileged background means her parents not only know the Dean of Yale but are incredibly disappointed she doesn’t want to go. In order to get accepted at Yale, Brook has to pretend to be someone else, someone who has the time and money to indulge in hobbies beyond both his schoolwork and his extracurriculars.

Brook’s eventual decision to go to a public university instead of Yale hits a tragic note, and as he remarks that it wasn’t where he belonged, it reflects how expensive and elitist the American college system is.

Putting this commentary aside however, the film does in many ways strike the wrong chord. It presents the idea that there are countless women out there just looking for a man to fill some gaping hole in their social circle, and that they are willing to pay for it. Even Celia, a girl who challenges her parents when they tell her to wear heels, and refuses to have doors opened for her, almost seems like a caricature of a young feminist. Her lines are too forced and come across as though the writers have no understanding of teenage girls.

Brook’s best friend is another element of problematic writing as he feels like a quick box-ticking exercise by Netflix to include a character who is both black and gay. His narrative is swiftly brushed to the side and his own love story barely touched upon.

For me, the romance also fell flat. The joy of the much revered To All the Boys I’ve Loved Before, another recent Centineo rom-com, derived from the exceptional chemistry the young actor developed with Lara Condor. In this film, however, the chemistry wasn’t there and I was not at all convinced that Celia and Brook had any true romantic feelings. In fact, neither actor managed to craft a character that was believable. Camila Mendes (Riverdale), on the other hand, was exceptional and created a connection with Noah that left me hoping their characters would end up together.

The Perfect Date had moments of fun and its commentary on the American college system did seem genuine, but it wasn’t anything special and certainly didn’t bring anything new to the table.

In this article:Netflix, Noah Centino, The Perfect Date