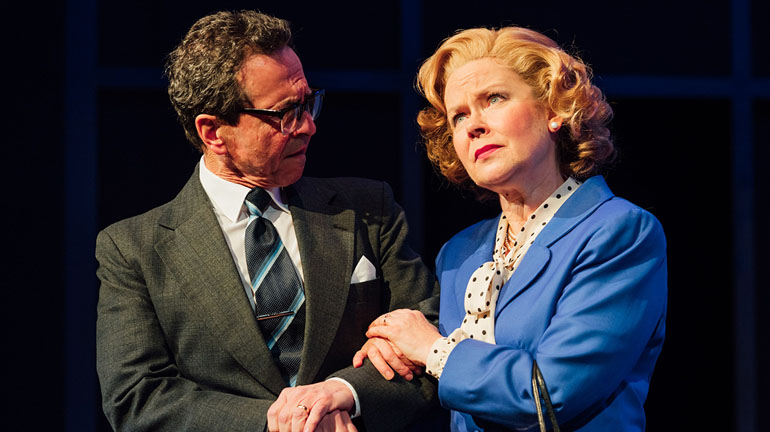 York Theatre Royal is getting ready to roll out the red carpet for the Queen and Margaret Thatcher this month, as Moira Buffini’s Handbagged drops in from 24th April.

Handbagged is a funny, sharp and mischievous play that imagines what might have happened at the Queen’s weekly meetings with the Iron Lady when the latter was Prime Minister.

Entertainingly told and packed with satirical humour, the play sees the two women collide as they share their opposing views of Britain’s role in the world.

Jo Newman directs this new production of a play that proved a huge West End hit and was nominated for Best Comedy at the 2015 Olivier Awards.

Completing the cast are Jahvel Hall and Andy Secombe who between them play a range of familiar characters including Ronald and Nancy Reagan, Gerry Adams, Arthur Scargill and the Duke of Edinburgh.