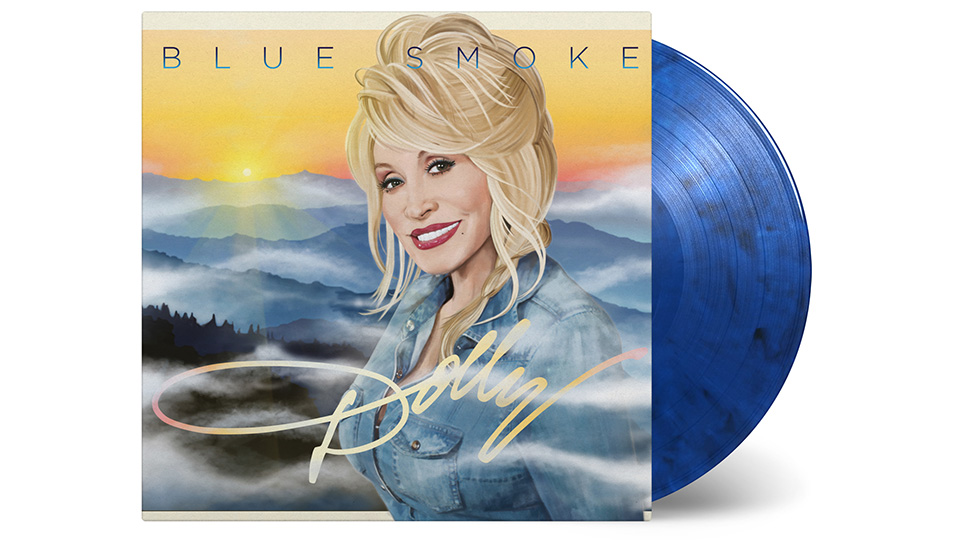 Dolly Parton is a legend. There’s no disputing that fact. Whether you like Country music or not, there’s no one more revered in the genre than Parton. Since releasing her debut album in 1967, Parton has established herself as one of the best-selling and most-loved stars of any genre of music. She’s also enjoyed success as an actress and set-up her own amusement park, Dollywood. In 2014 Parton released Blue Smoke, an album that was coupled with a greatest hits CD. It went on to be one of her biggest albums in years and led her to playing an incredible set at Glastonbury, where she went down an absolute storm.

Five years on from its original release, Blue Smoke has received a limited-edition release from Music on Vinyl. The new release features the Blue Smoke album but doesn’t include the greatest hits that appeared on the CD and digital versions. Given that Blue Smoke is Parton’s 45th (!) solo album, you’d be forgiven for thinking she was past her best or even just phoning it in at this point in her career. You couldn’t be more wrong! Parton wrote 7 of the album’s songs by herself, showcasing once again her incredible talent as a songwriter.

Opening with the title track, Parton embraces the tradition that her music is steeped in. Incorporating a catchy melody and a bluegrass feel, Blue Smoke is a strong start to a record that’s of a quality many performers don’t even manage during their peak. The thing about Parton is that you can’t help but love her. You only need to hear her voice for a few seconds before a big smile emerges on your face. As an entertainer she’s remarkable but when you really dig into the lyrics of the songs she writes, there’s so much to unpack and relate to.

The gorgeous Unlikely Angel is a folksy downtempo moment, often collaborator Kenny Rogers appears on the wistful You Can’t Make Old Friends, and Parton updates the traditional murder ballad Banks of Ohio. Home, which was the album’s lead single, is a slice of contemporary Country that stays true to Parton’s roots and deserved much more success in the charts than it received.

Parton throws some surprises in along the way too including a cover of Bon Jovi’s Lay Your Hands On Me. Of course she puts her own spin on it, and she makes it sound like something that she wrote. It fits perfectly on the record and I remember it being a highlight when she toured the UK in support of this record. There’s also a very lovely version of Bob Dylan’s Don’t Think Twice that’s filled with gorgeous harmonies.

One of the best tracks on the record is the stirring Southern-influenced If I Had Wings. It’s an emotive and moving moment, with Parton’s voice really shining. Elsewhere Lover Du Jour is a tongue-in-cheek track that captures Parton’s playful spirit, Willie Nelson pops up on From Here to the Moon and Back (which Parton originally recorded for her film Joyful Noise), and closing track Try pushes a positive message about self-belief and empowerment.

Music on Vinyl’s release is printed on a 180-gram blue smoked vinyl, which is a really nice touch. There’s a colour insert that features the lyrics and the album’s original art work looks fantastic on this new version.

Blue Smoke is a real highlight in Parton’s long and celebrated career. The album reminded people why they loved Parton in the first place and attracted the attention of a whole host of new fans. The music here is varied, lyrically rich and completely Dolly. Music on Vinyl’s release is a must-have for any fans of Parton and it brings new life to an album that reignited interest in the iconic singer.

In this article:Dolly Parton, Music on Vinyl