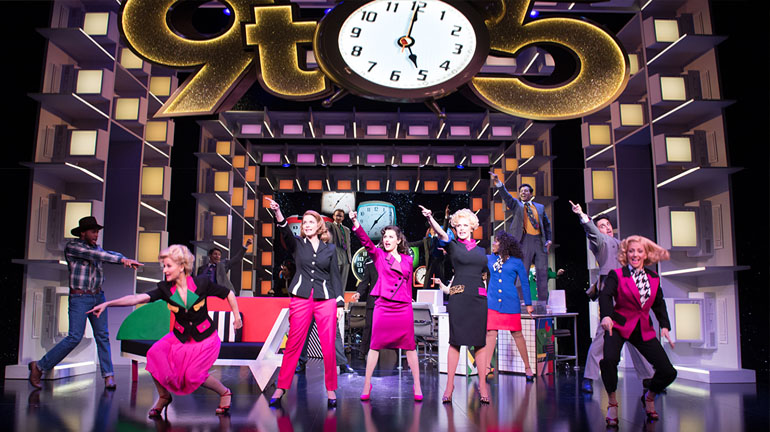 Direct from the West End, Dolly Parton’s smash hit musical is set to strut into the Palace Theatre Manchester this September.

Based on the hit movie from 1980, 9 to 5 The Musical features a book by Patricia Resnick, the legendary film’s original screenwriter, and an original Oscar, Grammy and Tony award-nominated score by country icon Dolly Parton.

The show tells the story of Doralee, Violet and Judy – three workmates pushed to boiling point by their sexist and egotistical boss. Concocting a plan to kidnap and turn the tables on their despicable supervisor, will the women manage to reform their office – or will events unravel when the CEO pays an unexpected visit?

“I am beyond thrilled to the response from across the pond to 9 to 5 The Musical,” explains Dolly Parton. “The overwhelmingly positive fan reaction to this universal story tickles every rhinestone on my body! I can’t wait for more people throughout the UK and Ireland to enjoy it and sing along.”

9 to 5 The Musical is at Manchester’s Palace Theatre from Tuesday 17th to Saturday 21st September 2019. Book online at atgtickets.com/Manchester