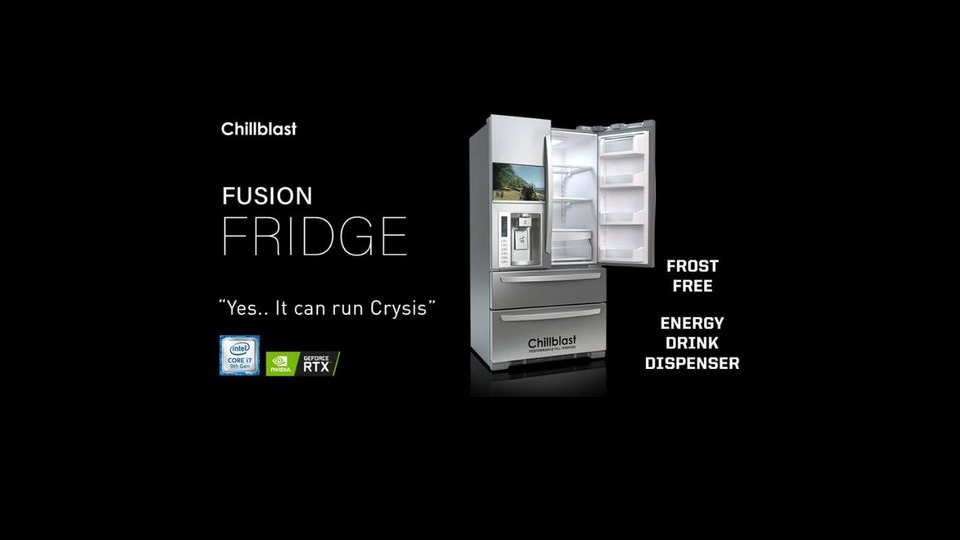 Yesterday was the 1st of April and wouldn’t you know it, the April Fool’s Day pranks were out in full force. Below you can see our favourites of the day.

The first one I saw was this one from Chillblast announcing their new range of Fusion fridges, and yes they can play Crysis!

Next we have R.O.N fron Nvidia promising to be the ultimate holographic AI gaming assistant. R.O.N even has his own video which you can check out below.

This next one I wasn’t so sure about as we even got messaged about it from a PR company but perhaps they are in on it too. In this one Square Enix are allegedly launching Omega which appears to be a Final Fantasy themed echo like device. You can check out a video below to make your own mind up.

Also we learned that the Rabbids were invading the world of For Honor for one day only. Hmmm me thinks this might not be the case.

Rabbids are invading For Honor for one day only! Think this is an April Fool's prank? Go in-game to find out! 😉https://t.co/JXxOkn9q1b pic.twitter.com/XLojxN0loa

Sniper Elite wasn’t to be left out of the fun with the announcement of a romance mode!

You thought we were done with announcements? Surprise, we've got one more! Presenting Sniper Elite: Love In Your Sights, a whirlwind wartime romance.

We are proud to announce our new, easy-to-use software that will change the way you manage all your games.

There were loads more but these ones were the best in my opinion. That was until I saw this which had me in stitches.

What The Press says

There is also a 1000% discount available on the game!