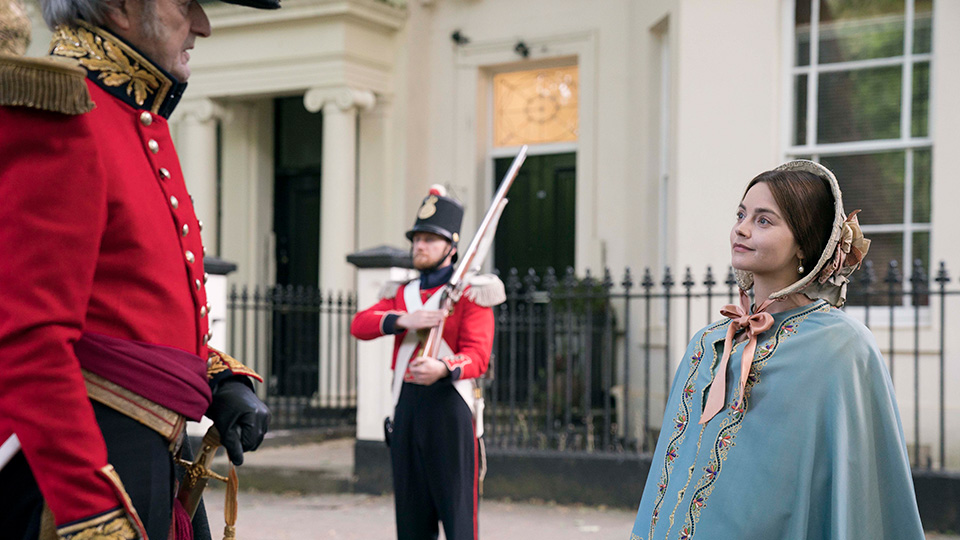 The third series of Victoria began on ITV last Sunday and ahead of this week’s episode we’ve got a clip for you.

If you don’t want any spoilers for Victoria, stop reading this article right now.

In the clip an emotional Victoria (Jenna Coleman) cradles her baby as she shares her frustration about the people supporting Lord Palmerston (Laurence Fox) and fearing for her own life. Watch the clip below:

After the birth of Princess Louise, Victoria is too weak to travel to Osborne House, so much to Albert’s reluctance, the family stay in London. However, when it appears that the Chartists have become a violent movement, Victoria must order troops to protect herself.

Meanwhile, Skerrett is torn between her old life and new when Francatelli buys a hotel and organises a special marriage license, and Sophie has a frisson with Lord Palmerston when her carriage is overturned and the MP comes to her rescue.

Louis Phillippe is also outstaying his welcome, upsetting both Albert and the children and the Prince is faced with no choice but to ask him to leave.

Victoria continues on Sunday at 9pm on ITV.